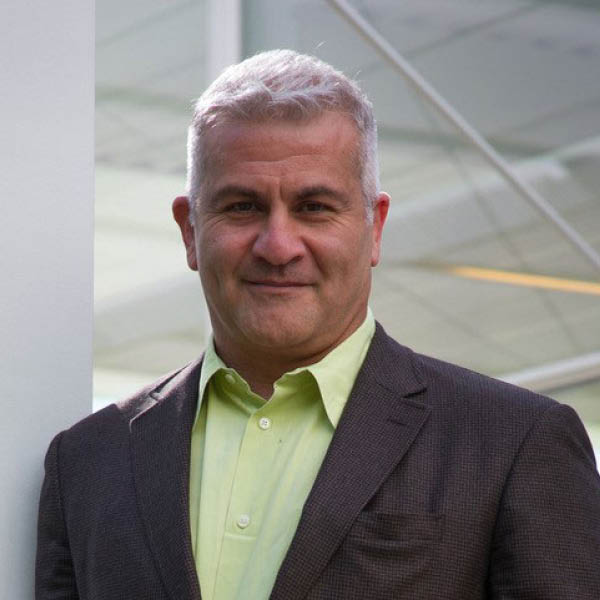 Farès el-Dahdah received his undergraduate degrees in both fine arts and architecture from the Rhode Island School of Design and went on to pursue his graduate studies in urbanism and architectural theory at Harvard University's Graduate School of Design. Following a two decade long professorial track at Rice University's School of Architecture, he was appointed director of the Humanities Research Center (HRC) in 2012, Professor of the Humanities in 2014, and Professor of Art History in 2021. El-Dahdah has been a Visiting Fellow at the David Rockefeller Center for Latin American Studies and the Canadian Center for Architecture. He has written extensively on Brazil's modern architecture and has been involved in several collaborative projects with Casa de Lucio Costa and Fundação Oscar Niemeyer, two Brazilian cultural foundations on the boards of which he serves. He is currently leading a Digital Art History Grant, titled Situated Views of Rio de Janeiro: 19th and Early 20th-Century Photography and the Diluvial Houston initiative, both supported by the Getty and Andrew W. Mellon Foundations, respectively. His current research interests explore and critique how digital platforms uphold the mission of disseminating knowledge and in the Spatial Studies Lab he runs, he is creating online geospatial platforms in the areas of cultural heritage, public health, social justice, disaster recovery, and climate change. At Rice, el-Dahdah's activities extend across the university in his capacity as co-chair of the University Committee on Information Technology, a Baker Institute Faculty Scholar, and a Faculty Advisory Committee member of the Ken Kennedy and Kinder Institutes.

imagineRio / imaginerio.org
A searchable digital atlas that illustrates the social and urban evolution of Rio de Janeiro, as it existed and as it was imagined. [w/ Alida Metcalf and Axis Maps]

pilotPlan / spatialstudieslab.rice.edu/spacetime/pilotPlan
A searchable digital atlas that illustrates the urban and architectural evolution of Brasilia, as it existed and as it was imagined. [w/ Axis Maps]

Highways Waterways / spatialstudieslab.rice.edu/houstonproject/highwayswaterways
A cartographic platform that charts the entire urban history of Houston as well as its susceptibility to flooding and other environmental events. [w/ Kathy Ensor, Melissa Kean, and Axis Maps]

instituteRice / instituterice.rice.edu
An online mapping platform that illustrates the evolution of the Rice University campus, as it existed as well as it has often been imagined. [w/ Melissa Kean and Axis Maps]

levantCarta / spatialstudieslab.rice.edu/levantcarta
An online community dedicated to the development of cartographic platforms that will bring together scholarly networks and enable the production of temporally accurate and illustrated maps of Levantine cities, over their entire history as well as across their social, cultural, and religious diversity. [w/ Axis Maps]