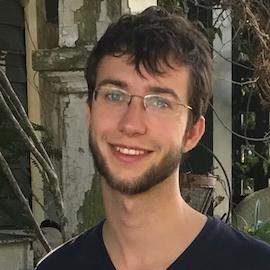 I am a third-year PhD student in Sociocultural Anthropology. My research centers on the multiple and constantly changing meanings and practices of home-making, housing, and urban belonging in post-apartheid South Africa. It examines the ways people cope with, and react to, the rise of housing demands and new infrastructural requirements in an era of intersecting crises, scarce urban land, and continuous ecological challenges. My fieldwork is based in Cape Town which is one of the most segregated cities in the world, while it is also among the most innovative global cities. As started during preliminary field research stays, I primarily work with architects, design and planning professionals, community organizers, housing activists, and other private and non-governmental agencies. More specifically, I research the economic, social, and affective attachments and investments of both residents and professionals. My project surfaces core values associated with new urban housing solutions and incremental infrastructure initiatives.

Before joining Rice, I pursued graduate studies in Anthropology at the University of Florida and earned an M.A. in Cultural Anthropology from Leipzig University. I came to anthropology through my undergraduate training in Philosophy and African Studies at Humboldt University in Berlin. I grew up and lived for most of my life in Berlin.

In 2016, I was living in South Africa for a year in order to pursue additional graduate studies at Stellenbosch University, for which I was awarded funding by the German Academic Exchange Service (DAAD). During that time, I spent several months doing fieldwork with marginalized, mostly black English and isiXhosa speaking people who live in a cordoned-off settlement close to the Stellenbosch campus. My master’s thesis research investigated their future projections and aspirations in light of particular urban infrastructures. I focused on the so-called iShack-project, a nongovernmental project which delivers and installs sustainable solar-electricity to individual households.