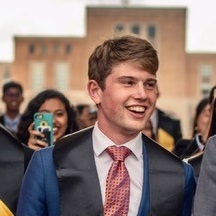 Michael McDowell is a Master of Divinity student at Duke University and a Post-Baccalaureate Researcher with the RPLP. He graduated from Rice University with honors in sociology and religion in May 2020. Michael is broadly interested in pastoral ministry and hopes to lead an influential church within evangelical Christianity, but he also loves the university and has several academic interests. He intends one day to pursue a Ph.D. focusing on answering theological questions with social scientific methods while studying literary readings of the Gospel of John. Michael worked for RPLP for the past three years as an undergraduate student fellow.