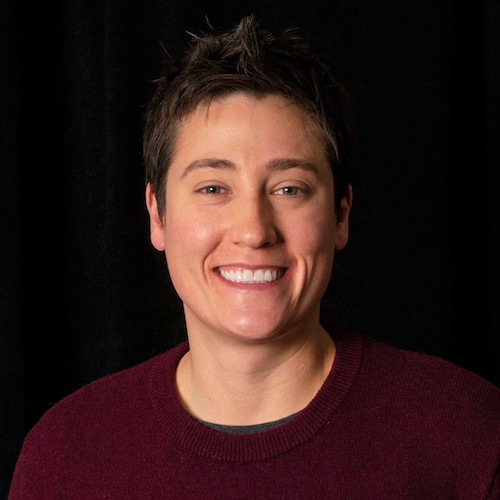 Kerri Barber joined the Department of Sport Management as the administrator in 2013, which is when Sport Management became its own stand-alone major. Her duties include managing the day-to-day business administration, handling social media for the department, planning and implementing all departmental events, and serving as the primary contact and information source for the department. Kerri served as the advisor to the student group Rice Sport Business Society (RSBS), for three years, and was the 2018 C.M. and Demaris Hudspeth Endowed Award for Student Life and Clubs recipient for her dedication to RSBS.

Kerri is in her seventh year as a Resident Associate (RA) for Jones College at Rice. The RA is crucial to the Rice University college system by serving as a positive community facilitator and role model while also providing guidance and leadership to college members. Prior to joining Jones College, Kerri was an active Associate at Will Rice College where she was named a Distinguished Associate and also the 2015 recipient of the Doughtie Outstanding Associate Award.

On campus, Kerri is an active member of the Rice community, serving as the appointed North Colleges RA representative (three years), an instructor for the Critical Thinking in Sexuality (CTIS) workshop (four years), staff sponsor of various student clubs and student taught (COLL) courses, and is the Immediate Past Chair for the Rice University Staff Council where she was a member for five years. Previously, Kerri was a Careers at Rice Ambassador and a member of the Human Resources Transformation Team.

Outside of the Rice community, Kerri is extremely active in the Houston Chapter of Women in Sports & Events (WISE), which is the leading voice and resource for professional women in the business of sports. Kerri is in her fourth year as the social media lead for the WISE Houston Member Engagement Committee. Kerri was also a member of the Events Committee for four years and was the event lead (twice) for WISE Houston’s Speed Mentoring Roundtable (SMR) Signature Event, as well as the co-lead (twice) for the Women of Inspiration (WOI) Signature Event . Kerri was also the 2017 WISE Houston Networking Champion of the Year recipient.

Prior to joining Rice, Kerri taught physical education and was the founding Athletic Director at the Southwest Campus of YES Prep Public Schools for eight years. In her position as AD, Kerri oversaw all aspects of and provided administrative direction for the Southwest athletic program. Kerri originated and established the initial policies, procedures, and standards to successfully generate eight middle school and 10 high school athletic programs at the Southwest Campus. She developed the inaugural athletic handbook for YES Prep Public Schools and facilitated monthly district-wide athletic director meetings. Kerri served as the University Interscholastic League (UIL) District 25AA Secretary and District 24A volleyball and basketball Chair. Kerri also co-founded and oversaw the compliance for 11 middle schools and 14 high schools within the now defunct Texas Independent School Soccer Conference.

Kerri earned her Bachelor of Science degree in Sport Management from Ithaca College. She was a member of the 2002 Division III National Softball Championship team, where she was also named to the All-Tournament Team. Kerri lives on campus at Jones College with her handsome pup Bruin “BruBru” Barber.