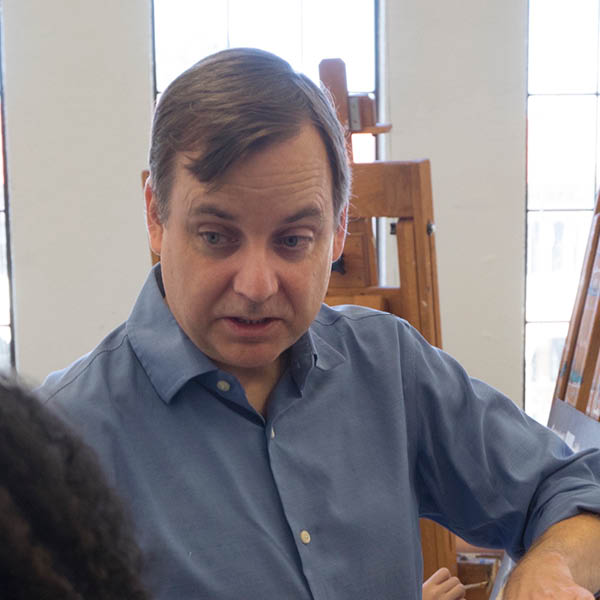 Will Fowler received a BFA from the School of the Art Institute of Chicago in 1992 and an MFA from Art Center College of Design in 2000. His paintings and drawings have appeared in numerous solo and group exhibitions in Los Angeles, New York, and Vienna, Austria, and are held in collections such as the Museum of Contemporary Art Los Angeles and the Saatchi Collection in London. In a 2007 review Michael Ned Holte wrote “. . . despite a deeply encoded connection to (modernist) history, Fowler’s paintings look surprisingly urgent, as if (a) paleontologist had discovered a startling, mythical creature by maniacally rearranging the bones of a familiar domesticated animal.”

BFA from the School of the Art Institute of Chicago