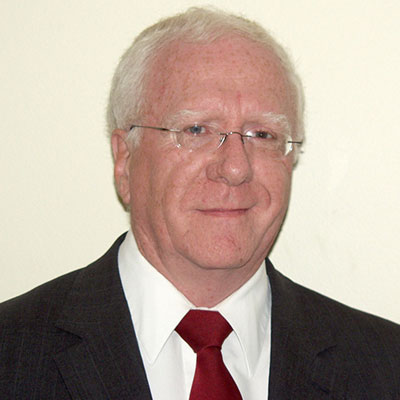 Thomas Krouskop, Ph.D., P.E. is the former director of The National Center for Human Performance at Texas Medical Center and is a professor emeritus in the School of Health Professions and the Department of Physical Medicine and Rehabilitation at Baylor College of Medicine.

Dr. Krouskop has been the principal investigator for a Rehabilitation Engineering Center sponsored by the National Institute on Disability and Rehabilitation Research (NIDRR) and several field-initiated research NIDRR projects. The Department of Veterans Affairs (VA), the National Research Council, the National Institutes of Health(NIH),National Aeronautics and Space Administration (NASA), and numerous private foundations have also sponsored his research projects.

In addition to serving as a temporary director for NIDRR Rehabilitation Engineering Center Programs, Dr. Krouskop has been a peer reviewer for NIDRR, VA, Paralyzed Veterans of America, NIH, and the Shriners Hospital System. He is an active member of several professional organizations and has published extensively in the areas of the effects of pressure on tissue, fitting sockets for artificial limbs, and ultrasound elastography.

In 1993, Dr. Krouskop received the Kosiak Award for his work in pressure ulcer prevention and worked to develop the Agency for Health Care Policy and Research guidelines for preventing and treating pressure ulcers. In 2011, he was recognized by the Carnegie Mellon University Department of Civil and Environmental Engineering as a distinguished alumnus. Dr. Krouskop also owns nine U.S. patents and developed products for commercial use while at Baylor College of Medicine and The Institute for Rehabilitation and Research. He was responsible for setting up the first motion analysis laboratory at the Shriners Hospital in Houston, which has since become the model for the other gait laboratories in the Shriners Hospital System.