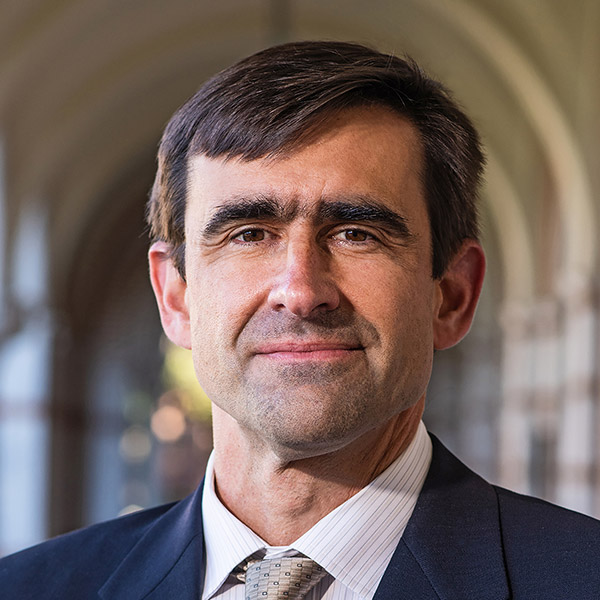 Dean of the Wiess School of Natural Sciences
Professor, Physics and Astronomy

Thomas Killian is Dean of the Wiess School of Natural Sciences and Professor of Physics and Astronomy at Rice University. He received his undergraduate degree in physics in 1991 from Harvard University and then attended Cambridge University on a Marshall Scholarship, where he received an MPhil in physical chemistry in 1993. Killian earned his PhD in atomic physics in 1999 at the Massachusetts Institute of Technology for studies of ultracold atomic gases. After a National Research Council Postdoctoral Fellowship at the National Institute of Standards and Technology working in the emerging field of ultracold neutral plasmas, he joined the Rice faculty in 2001.

At Rice, Killian leads an experimental research group exploring ultracold atomic and plasma physics, with the goal of understanding the properties of matter at temperatures as low as a billionth of a degree above absolute zero. Under these exotic conditions, matter behaves in fundamentally different ways, and the exploration of this regime teaches us about the basic laws of nature and lays the foundation for emerging technological advances in timekeeping, navigation, and quantum computing. Working with colleagues and students, Killian has conducted pioneering work in the production of atomic Bose-Einstein condensates, a state of matter predicted by Albert Einstein in which the wave-like nature of particles predicted by quantum mechanics becomes evident. Killian also developed techniques to produce the coldest neutral plasmas ever observed in the lab or nature, which, surprisingly, can be used to test our understanding of much hotter environments at extremely high densities such as in white dwarf stars.

Killian has served in many leadership roles at Rice, including Deputy Speaker of the Faculty Senate, Chair of the Department of Physics and Astronomy, Associate Dean of Strategic planning in the School of Natural Sciences, and Rice Faculty Liaison and Advisor to the Houston Midtown Innovation District. As Chair and Associate Dean, he has lead multiple long-range planning processes, improved student and faculty mentoring and support structures, and increased resources supporting the core educational and research missions of the Department and School.

Killian is a Fellow of the American Physical Society, and a recipient of the David and Lucille Packard Foundation Science and Engineering Fellowship and the Alfred P. Sloan Research Fellowship. He has served on numerous professional society administrative and advisory committees including the executive committee of Division of Atomic, Molecular and Optical Physics of the American Physical Society and the advisory panel for the 2016 US Department of Energy “Plasma: at the Frontier of Scientific Discovery” report.