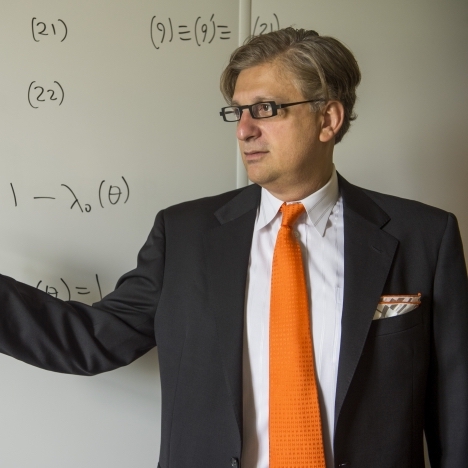 Ted Loch-Temzelides, Ph.D., is the George and Cynthia Mitchell Professor in Sustainable Development at the Department of Economics and a James A. Baker III Institute for Public Policy Center for Energy Studies Scholar at Rice University. He has taught and given keynote and research seminars at numerous universities and conferences around the world. He has worked and consulted for several institutions, including the Federal Reserve, the European Central Bank, the International Monetary Fund, and the Central Bank of Portugal. His research interests include the energy transition towards a sustainable economy, conservation agreements, global health, and non-standard models of individual decision-making. His current focus is in quantifying the economic and health consequences resulting from climate change, pollution, deforestation, and zoonotic pathogen transmission. He has been awarded numerous grants, including a Council on Foreign Relations International Affairs Fellowship and funding from the National Science Foundation. His work has been published in several leading journals, including the American Economic Review Papers and Proceedings, Econometrica, and the Journal of Political Economy. He serves on the editorial board of the journal Economic Theory, and he is a CESifo fellow. He has served as a Vice-President of the Board of Directors, French-American Chamber of Commerce - Houston Chapter, has written opinions for The Wall Street Journal, the San Francisco Chronicle, the Houston Chronicle, and Forbes, and has appeared as a guest on Al-Jazeera and on China Central Television. He enjoys tennis, nature walks, kayaking, and spending time in California, New York, and France.

Climate and Energy Economics and Policy; Sustainability and Conservation; Global Health and the Environment