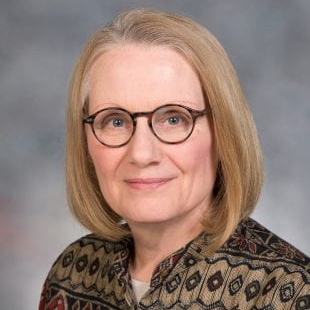 Susan Keech McIntosh is Herbert S. Autrey Professor of Anthropology. She holds an M.A. in archaeology from Cambridge University and a Ph.D. in anthropology from the University of California at Santa Barbara. Her research focuses on West African societies living along the Niger and Senegal Rivers over the past 2500 years, with a specific interest in the early emergence of large-scale, complex societies and long-distance trading networks associated with the formation of the Empire of Ghana. She is the co-author or editor of four major monographs on field research in Mali and Senegal at the sites of Jenné-jeno (1980 BAR; 1995 University of California Press) Sincu Bara (2002 CRIAA/IFAN), and Cubalel (2017 Yale University Publications in Anthropology). A fifth book, Beyond Chiefdoms (1999 Cambridge University Press), explored the use of African data for understanding the emergence and development of complex societies, with special emphasis on trade and other networks. She also studies past responses of African societies to climate and environmental change, and writes and teaches on the politics of archaeology and archaeological representations. In the face of massive looting of terracotta statuettes from Niger River archaeological sites, she became involved in issues of archaeological heritage and cultural property and was appointed by President Clinton to two terms (1996-2003) on the Presidential Advisory Committee on Cultural Property. She serves on the editorial boards of numerous journals and is a past president of the Society of Africanist Archaeologists. She is a member of the newly established Center for African and African-American Studies at Rice.