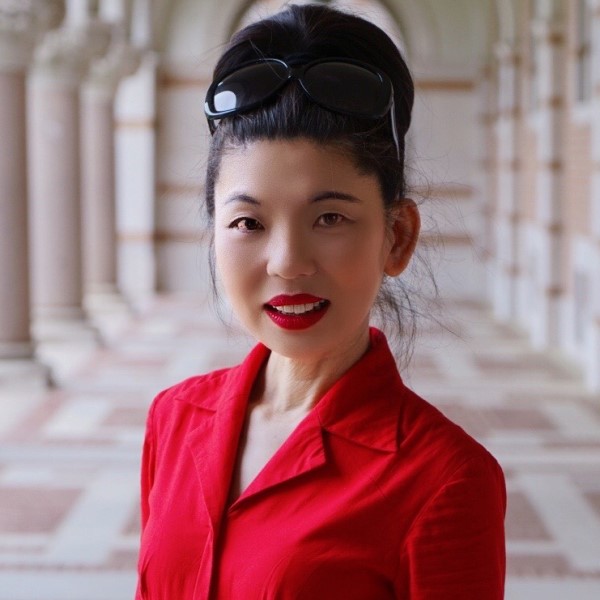 Shih-shan Susan Huang’s current research focuses on the 10th-to-14th-century Daoist and Buddhist visual culture in China. Prior to joining the Rice faculty, she taught at the University of Washington, Seattle, and was a Mellon Post-Doctoral Fellow at Columbia University. Her dissertation, “The Triptych of Taoist Deities of Heaven, Earth, and Water and the Making of Visual Culture in the Southern Song China (1127-1279),” has been awarded the Blanshard Prize at Yale University. Her article publications appeared in such peer-reviewed journals as Artibus Asiae, Ars Orientalis, Journal of Daoist Studies, Palace Museum Research Quarterly, the Zhejiang University Journal of Art and Archaeology, and in various edited volumes published in U.S., Taiwan, Hong Kong, and China.

Huang's first book, Picturing the True Form: Daoist Visual Culture in Traditional China, was published by the Harvard University Asia Center Publication (distributed by Harvard University Press) in 2012 (the paperback edition, 2015; Chinese translated edition, forthcoming by Zhejiang University Press). This book has been granted the 2008-09 Junior Scholar Award and the 2010-2011 Publication Subsidies Award by the Chiang Ching-kuo Foundation for International Scholarly Exchange (CCK), as well as the Milliard Meiss Publication Fund awarded by the College Art Association (CAA) and the Geiss Subvention Award (James P. Geiss Foundation) in Spring 2011.  Selected reviews of this book have been published in the Journal of Asian Studies (2013), Harvard Journal of Asiatic Studies (2013), Daoism: Religion, History and Society (2013), Journal of Chinese Religions (2013), Religious Studies Review (2014), Journal of Song-Yuan Studies (2014), and the Journal of the Royal Asiatic Society (2016).

Huang is completing a book manuscript, Dynamic Spread of Buddhist Print Culture: Networks and Book Roads in China and its Neighbors. This book explores the dynamic spread of Buddhist print culture in China and its neighbors. It examines major Buddhist printed images and texts produced in the formative six centuries of 850-1450 not only as static cultural relics but also as objects “on the move,” as they were connected to other cultural products, and transmitted along networks and book roads in a transnational and multicultural context. By applying interdisciplinary approaches pertinent to art history, history of the book and print culture, and religious studies, this study intends to shed new light on the “life” of Buddhist print culture from visual, textual, social, and religious perspectives, taking into account both the initial stage of manufacturing and the “afterlife” of circulation and reception.