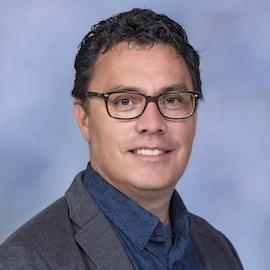 Dr. Sergio Chávez is an associate professor of sociology at Rice University. He received his B.A. in sociology from the University of California Davis and his Ph.D. from Cornell University. Dr. Chávez has conducted field research in Tijuana and Guanajuato, Mexico and North Carolina on internal and international migration, labor markets, social networks, and the border. His book BORDER LIVES (2016) examines the dynamic migration and working strategies border migrants employ on a daily basis as immigration policies, border enforcement, economic restructuring, and social resources evolve in the cross-border urban environment of Tijuana. He is working on a second book (with Robin Paige) that investigates the centrality of emotions in the migration process and how non-migrant women support the paid labor of their migrant spouses. He has also worked on the Study of Health and Migration in Mexico (SHMM) that compares the health status of non-migrants and return migrants. His other research investigates the meaning that unauthorized migrants who work in the roofing industry give to their jobs. This project investigates how masculinity shapes the way men perform their jobs, how they deal with injuries and sickness, and how they draw on social support from family and friends to overcome isolation and dangerous working conditions.

Sergio Chávez and Claire E. Altman (Forthcoming). “Gambling with Life: The Occupational Risks of Being an Unauthorized Migrant Roofer in the United States.” American Journal of Industrial Medicine. DOI 10.1002/ajim.22721