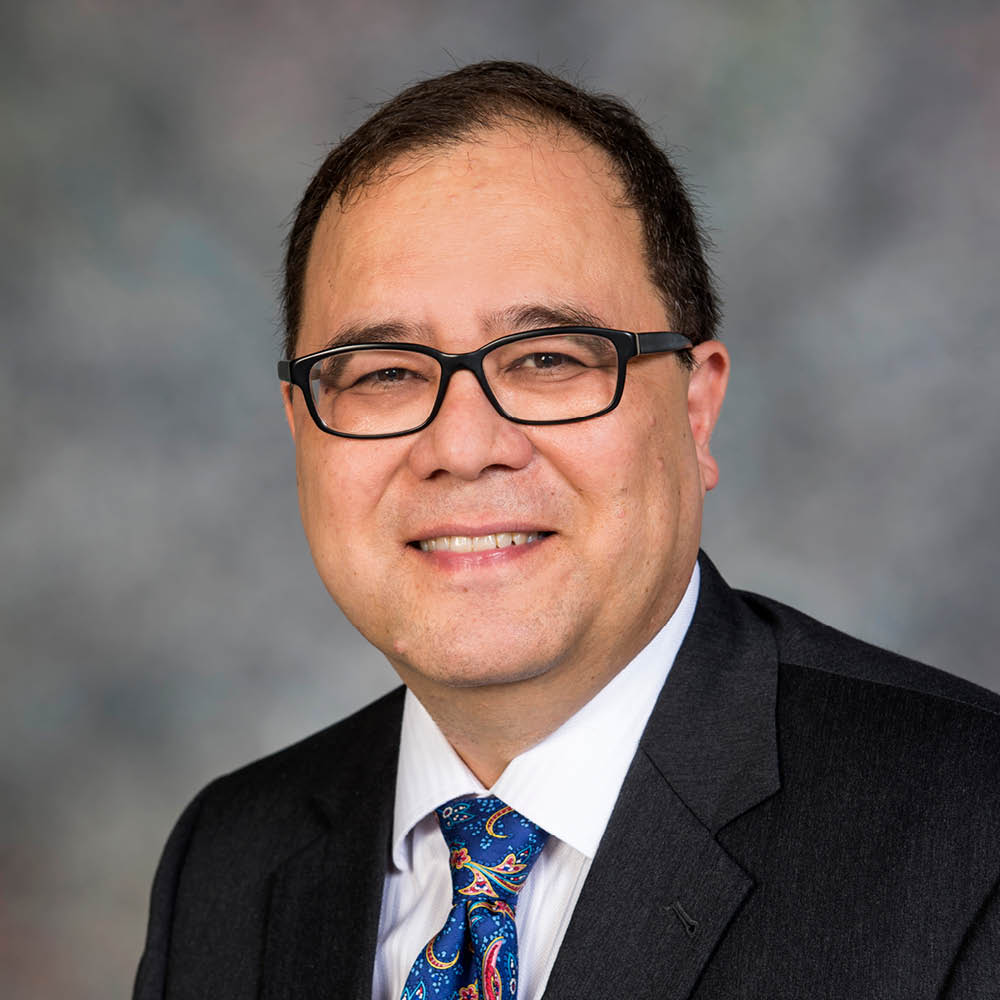 Matsuda, a recipient of the George R. Brown Award for Superior Teaching, has promoted the outreach and visibility of Rice research by organizing the Gulf Coast Undergraduate Research Symposium. His focus on improving all aspects of graduate education and graduate student life at Rice is fully aligned a with core components of the V2C2 — the university’s Vision for the Second Century, Second Decade initiative.

Matsuda conducts research on terpenoids, the largest group of plant natural products. Terpenoids play essential roles in plant physiology and defense. Matsuda’s laboratory is searching plant genomes for the enzymes that make these compounds to illuminate the structural and evolutionary origins of terpenoid structural diversity.

Dean Matsuda graduated with a B.A. in chemistry from Bethel College and a Ph.D. in chemistry from Harvard. A member of the Rice faculty since 1995, Matsuda served as chair of the Department of Chemistry from 2007 to 2013 before becoming dean of graduate and postdoctoral studies in 2014. A former recipient of the George R. Brown Award for Superior Teaching, Matsuda conducts research on terpenoids, the most numerous and structurally diverse group of small molecules synthesized by plants.

Dean Matsuda considers it a privilege to serve the graduate and postdoctoral students, "whose research and creative achievements inspire us and improve human welfare."

Terpenoids are compounds derived from isopentenyl pyrophosphate. They are the most numerous and structurally diverse group of natural products, with 22,000 members displaying more than 300 ring systems. Terpenoids that play crucial roles in vertebrates include the retinoids, the geranylgeranyl and farnesyl protein anchors, the coenzymes Q, vitamins A, D, and E, cholesterol, and the steroid hormones. Terpenoid hormones and pheromones are equally important in invertebrates. Plants control growth and development using regulatory terpenes including the gibberellins, the brassinosteroids, and abscissic acid. Many plants synthesize defense terpenoids that interfere with biological processes in potential herbivores. Some of these compounds are medicinally useful, such as taxol (anticancer), ginkgolide (which delays onset and progression of Alzheimer's disease), and artemisinin (antimalarial). We are cloning and characterizing genes encoding terpene cyclases and terpene oxidases, which catalyze terpene biosynthesis. We engineer microbial metabolic pathways by heterologously expressing these genes. The resultant strains produce natural products, many of which are difficult to obtain by existing methodology. Terpene synthases catalyze spectacular reactions, such as the conversion of epoxysqualene to cycloartenol. We are modifying terpene biosynthetic genes to produce catalysts that make novel natural products. In collaboration with Bonnie Bartel in this department, we are studying the function of terpenoids in the plant Arabidopsis thaliana.