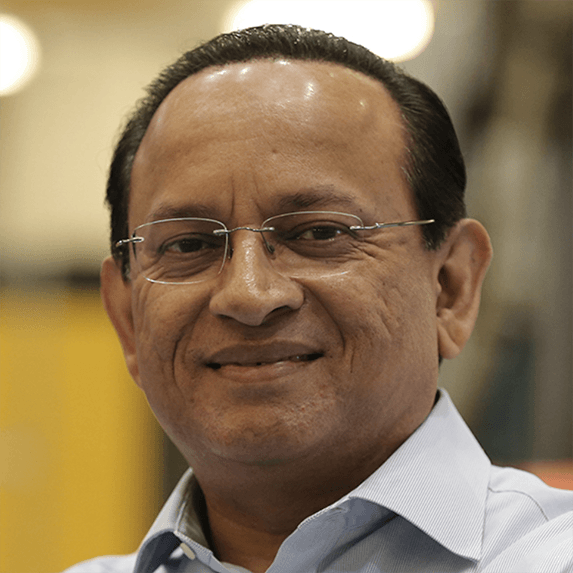 Satish Nagarajaiah holds a joint appointment between the Department of Civil and Environmental Engineering and the Department of Mechanical Engineering, and is affiliated with Material Science and Nano-Engineering Department at Rice University. He is a tenured full professor since 2006. He obtained his Ph.D. from State University of New York at Buffalo, where he was a post-doctoral researcher before he started his academic career in 1993. Professor Nagarajaiah currently serves as the editor of the Structural Control Health Monitoring Journal [Wiley International Journal; 2008-present], and editor-in-chief (North Americas) of Structural Monitoring and Maintenance Journal [Techno Press, Korea; 2014-present]. He served as the managing editor of ASCE Journal of Structural Engineering [2011-2018]. He is a fellow of both the American Society of Civil Engineers (ASCE) and  the National Academy of Inventors (NAI) and an inaugural fellow of Structural Engineering Institute (SEI) of ASCE. He currently serves on the ASCE SEI Board of Governors (2015-2019) and concurrently on ASCE, SEI, Technical Activities Division Executive Committee (TAD ExCom; 2015-2019). He served as the chair/vice-chair/secretary/member (2006-2012) of ASCE SEI TAD ExCom. He served as a member of the board of directors of the international association of structural control & monitoring (2008-2012). He served as the President of the U.S. panel on structural control & monitoring (2006-2008). He served as the founding chair of ASCE-Engineering Mechanics Institute (EMI) structural health monitoring committee (2004-2006) and as chair of the ASCE SEI structural control and sensing committee (1998-2002). He has published extensively and presented several plenary and keynote lectures at international conferences. For details visit satishnagarajaiah.rice.edu. Visit the following websites for details: (1) Web of Science www.researcherid.com/rid/E-6291-2012; (2) ORCiD orcid.org/0000-0003-0088-1656; and (3) scholar.google.com/citations?user=l_jZ3NgAAAAJ&hl=en. Satish Nagarajaiah has been quoted in New York Times, Wall Street Journal, Associated Press, Reuters, and many others, and has been interviewed live by BBC, CNN, MSNBC (Rachel Maddow), ABC (Diane Sawyer), NBC, NPR, Aljazeera English Channel and CCTV, many others. Visit his twitter site: @SatishNagarajah for recent news, activities, and media interactions.