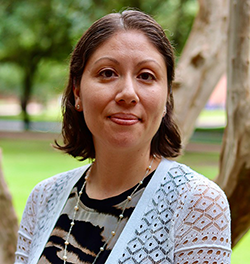 The Uribe lab research focuses on deciphering the genetic, cellular and signaling level mechanisms of neural crest stem cell proliferation, migration and cell -type differentiation during embryogenesis. Neural crest cells are a group of multipotent stem cell that migrate to various locations and give rise to many diverse cell types in the vertebrate body —such as pigment cells of the skin, cartilage, and neurons of the peripheral nervous system.

Currently, among various derivatives of the neural crest, we study how the largest division of the peripheral nervous system, the Enteric Nervous System (ENS), develops from the neural crest. During development, neural crest stem cells are specified and migrate ventrally away from the neural tube (precursor to central nervous system) and enter the primitive foregut tissue. They then migrate along the rostrocaudal extent of the gut in chains until they eventually reach the hindgut. These enteric neural crest cells (ENC) ultimately give rise to a diverse array of neurons and glia that make up the mature ENS, regulating such processes as gut peristalsis, water balance and hormone secretions. To investigate these processes in vivo, we utilize the model organism zebrafish, danio rerio, and a combination of genetic manipulations, drug studies, transgenesis, molecular biology, and live confocal and light sheet imaging. Currently, our research goals are to increase understanding of the signaling and genetic mechanisms that regulate the cell-fate specification and migration of neural crest cells during peripheral nervous system development. Ultimately, it is our overarching goal to enhance basic knowledge on the mechanisms that direct neural crest stem cell development and diversification in a tissue-specific context, leading to treatments for neural crest-derived diseases and cancers, affecting both children and adults world-wide.