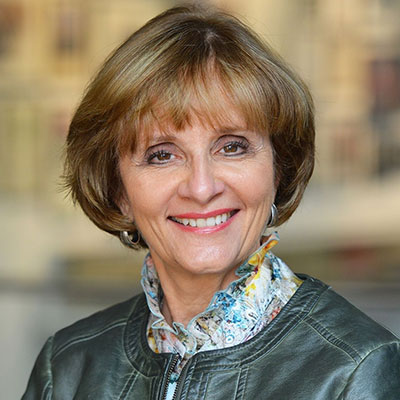 Ms. Anding began her career at the Tulane Medical Center/Medical School in 1982 where she was a part time Assistant Professor and Outpatient Clinical Dietitian Education Coordinator. She joined the faculty of The University of Houston School of Nursing in 1986 as Assistant Professor of Clinical Nursing. She later joined the faculty of Rice University as an instructor in the Kinesiology Department teaching an undergraduate course in nutrition. At Rice, she is one of two sports dietitians for Rice University Athletics. She was previously a faculty member of the Baylor College of Medicine in the Department of Pediatrics, Section of Adolescent Medicine and Sports Medicine where she was also an instructor in nutrition as well as the clinical dietitian in the Adolescent Medicine and Sports Medicine Clinic. Roberta has been the sports dietitian for professional teams in Houston. She was the sports dietitian for the Houston Texans for the first 12 years of the franchise and was the sports dietitian for the Houston Astros for 9 years. She was a consultant for the Houston Ballet for 15 years. Roberta is currently an assistant professor of orthopedic surgery at Baylor College of Medicine and the Performance Dietitian for Corporate Programs.

In graduate school, Anding’s research focused on the essentiality of omega 3 fatty acid in CNS development. Her current research interests include the development of an online nutrition/fitness curriculum for inner city girl scouts that was featured on the Houston Texans website. She also focused time on research with grant funding from the Women’s Fund where she was involved with the development of a carbohydrate modified weight management program for overweight Hispanic youth. Innovatively, she received grant support from the Robinson Foundation for the development of an educational DVD for adolescents on weight management. Roberta was also an investigator on a twitter based weight management program for over weight youth entitled "Texans TwEAT healthy" using social media to impact eating and exercise patterns. This program was developed in conjunction with the Houston Texans.

Throughout her career, she has contributed to the publication of the numerous nutritional articles and book chapters as well as giving numerous presentations to both professional and lay audiences.

She is a member of numerous state and local dietetic organizations including the Sports and Cardiovascular Nutrition and Wellness Dietetic Practice Group of the American Dietetic Association. She is currently the Academy of Nutrition and Dietetics Media Spokesperson for Houston and in this role is active in the Houston and national media.