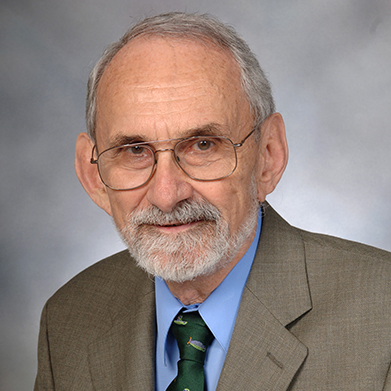 Curl is best known as a member of the team that discovered the carbon cage compounds known as the fullerenes could be produced in good yield when elemental carbon vapor is allowed to condense under the right conditions.  The fullerenes are the only known form of elemental carbon.  Because of its maximum symmetry and high relative yield, icosahedral  C60 known as buckminsterfullerene or familiarly as “bucky ball” is the most well known of the fullerenes.  For this discovery, Curl shared the Nobel Prize for Chemistry in 1996 with Harold Kroto and Richard Smalley.

Over his long career, Curl has carried out research in a number of fields of physical chemistry involving both experiment and theory.  His research has primarily focused on studying the spectra, structure, and kinetics of small free radicals using microwave spectroscopy and tunable lasers. For the early microwave spectroscopy research on stable free radicals, he developed the theory of their fine and hyperfine structure. The purposes of the tunable laser aspect of this work were to develop sensitive methods for detecting these radicals and following their concentration to obtain and analyze high resolution spectra of these species, thereby providing definitive information about their electronic and geometrical structure, and to study the kinetics of their reactions.

Robert Curl: What is it like to be a scientist?
Body