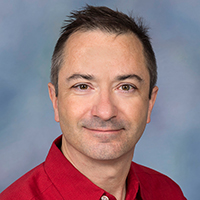 Richard G. Baraniuk grew up in Winnipeg, Canada, the coldest city in the world with a population of over 600,000.  He received the B.Sc. degree in 1987 from the University of Manitoba, the M.Sc. degree in 1988 from the University of Wisconsin-Madison, and the Ph.D. degree in 1992 from the University of Illinois at Urbana-Champaign, all in Electrical Engineering. In 1986, he was a research engineer with Omron Tateisi Electronics in Kyoto, Japan. While at the University of Illinois, he held a joint appointment with the CERL Sound Group and the Coordinated Science Laboratory. After spending 1992-1993 at Ecole Normale Supérieure in Lyon, France, he joined Rice University in Houston, Texas, where he is currently theC. Sidney Burrus Professor of Electrical and Computer Engineering and a sporadic DJ for KTRU. He spent a sabbatical at Ecole Nationale Supérieure de Télécommunications in Paris in 2001 and Ecole Fédérale Polytechnique de Lausanne in Switzerland in 2002.

2022 Elected Member of the National Academy of Engineering (NAE)