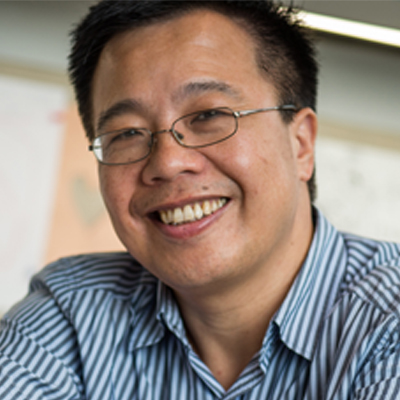 He is particularly well known for his contributions to the theory of quantum criticality, which concerns the physics of matter undergoing a transition from one quantum state to another. He introduced and developed the theory of local quantum criticality, which involves the notion of critical destruction of Kondo entanglement. The theory goes beyond the Landau framework, and has received extensive support from experiments in magnetic heavy fermion systems. He has made seminal contributions to the field of iron-based superconductors, contributing broadly to the understanding of electron correlations, quantum criticality, magnetism, nematicity and superconductivity. In the area of topological states driven by strong correlations, he has advanced a Weyl-Kondo semimetal state. He has introduced the Bose-Fermi Kondo model and the method of the extended dynamical mean field theory, and contributed to the early development of the dynamical mean field theory. Other topics he has studied include the spin dynamics of the high temperature cuprate superconductors, metal-insulator transition in disordered and interacting electrons in two dimensions, experimental signatures of spin-charge separation, non-Fermi liquid states in an extended Hubbard model and in quantum impurity systems, and Mott transition between metallic and correlated insulating phases of interacting electrons.

Prof. Si was named a Sloan Research Fellow in 1996, and received a Cottrell Scholar Award from the Research Corporation for Science Advancement in 1998. He was elected a Fellow of the British Institute of Physics in 2004, the American Physical Society in 2005, and the American Association for the Advancement of Science in 2008. He received a Humboldt Prize from the Alexander von Humboldt Foundation in 2012, and was named a Ulam Distinguished Scholar by the Center for Nonlinear Studies of Los Alamos National Laboratory in 2018.

As of January 2020, he has published over 205 scientific articles (including 30 in Science, Nature, their Group Journals and PNAS, and 49 in Physical Review Letters) and has given more than 360 invited talks (including over 190 at conferences) on his research. He has served as a General Member on the Board of the Aspen Center for Physics (since 2009) and as a Member of the Advisory Editorial Board of Journal of Physics – Condensed Matter (2002-2006), and has co-chaired a number of international conferences and workshops, including the 2007 International Conference on Strongly Correlated Electron Systems (SCES’07),  the 2014 KITP Program on Magnetism, Bad Metals and Superconductivity — Iron Pnictides and Beyond, and the 2018 Aspen Winter Conference on High Temperature Superconductivity — Unifying Themes in Diverse Materials.

1986 BS, University of Science and Technology of China