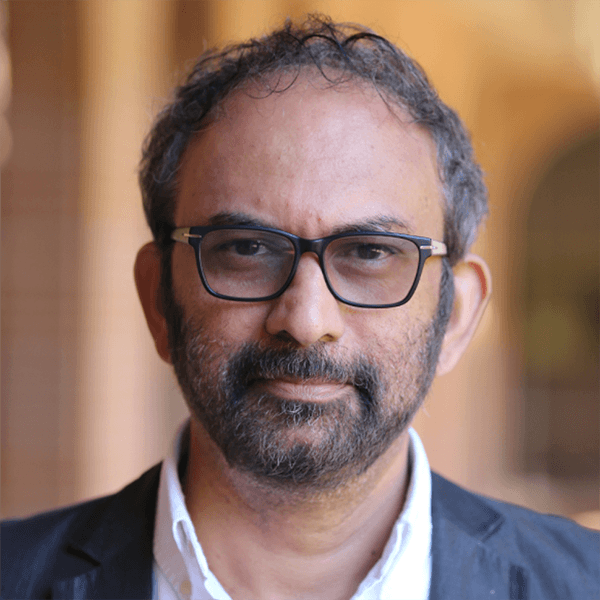 Dr. Ajayan holds joint appointments in the Departments of Materials Science and NanoEngineering, Chemical and Biomolecular Engineering, and Chemistry. Dr. Ajayan earned his B. Tech in metallurgical engineering from Banaras Hindu University in 1985 and Ph.D. in materials science and engineering from Northwestern University in 1989. After three years of post-doctoral experience at NEC Corporation in Japan, he spent two years as a research scientist at the Laboratoire de Physique des Solides, Orsay in France and nearly a year and a half as an Alexander von Humboldt fellow at the Max-Planck-Institut fur Metallforschung, Stuttgart in Germany.

In 1997, he joined the materials science and engineering faculty at Rensselaer Polytechnic Institute as an assistant professor and was the Henri Burlage Chair Professor in Engineering until 2007. He joined Rice University in July 2007.

Dr. Ajayan is one of the pioneers in the field of carbon nanotubes and was involved in the early work on the topic along with the NEC group. He has published one book and 324 journal papers with more than 18,600 citations and an h-index of 67. He has given more than 230 invited talks including several keynote and plenary lectures in more than 20 countries. His awards include the Senior Humboldt Prize, 2006 MRS Medal, Scientific American 50 recognition in 2006, RPI Senior Research Award (2003), the Burton Award from the Microscopic Society of America (1997) and the Hadfield Medal for the Outstanding Metallurgist in India (1985). He has been elected as a fellow of AAAS and to the Mexican Academy of Sciences. He is on the advisory editorial board of several materials science and nanotechnology journals and on the boards of several nanotech companies.

2019: Fellow, US National Academy of Inventors