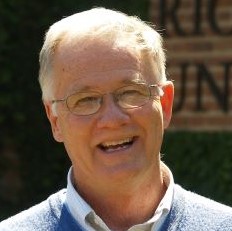 Dr. Philip B. Bedient teaches and performs research in surface water hydrology, disaster management, and flood modeling and prediction systems. He has directed over 100 research projects over the past 45 years and has written over 200 articles in journals and conference proceedings. He is lead author on a textbook on “Hydrology and Floodplain Analysis (6th Ed)” used in over 75 universities across the U.S.

Dr. Bedient received the Herman Brown endowed Chair of Engineering in 2002 at Rice University, and was elected to Fellow ASCE in 2006. He also received the C.V. Theis Award from the American Institute of Hydrology in 2007 and the Shell Distinguished Chair in Environmental Science (1988 to 1993.)

Dr. Bedient has four decades of experience working on flood and flood prediction problems in the U.S. He routinely runs computer models, such as HEC-HMS, HEC-RAS, and VFLO for advanced hydrologic analysis. He developed one of the first radar-based rainfall flood alert systems (FAS5) in the U.S. for the Texas Medical Center and currently has several FAS systems running in Texas.

He formed the Severe Storm Prediction, Education and Evacuation from Disaster (SSPEED) Center at Rice University in 2007 consisting of a team of seven universities and 15 investigators from the Gulf Coast. The Center has been funded at over $10 million for the past 10 years from various sources including the Houston Endowment and the Greater Houston Flood Mitigation Consortium. The SSPEED Center has taken a regional approach to developing mitigation strategies and has identified various zones of interest in the Houston-Galveston region: The approach is called H-GAPS and includes a coastal spine and mid-bay option for surge control. (Galveston Bay Park-A Vision for Houston & Galveston Bay, 2018)

Bedient has evaluated flood issues in Texas, California, Florida, Louisiana and Tennessee. He has worked on six of the largest and most devastating floods to hit the U.S. between 2001 and 2017. He is currently involved in the modeling Hurricane Harvey (2017) impacts and mitigation in seven different watersheds near Houston. Dr. Bedient has also headed up major outreach activities as part of the SSPEED Center, leading six major conferences at Rice since 2008.

In addition, Bedient has developed a technical exchange with the TU Delft over the past 10 years, and recently completed a study abroad program with both the Dutch and the British in summer 2019.