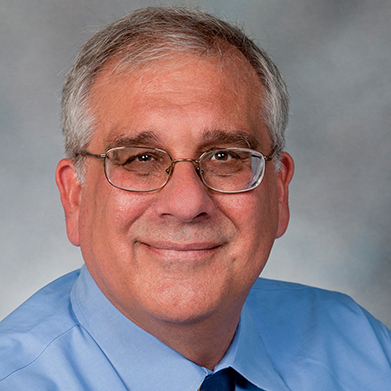 The research in my group is broadly concerned with many-body phenomena in biology, chemistry and physics. A major theme is understanding systems where a large diversity of long-lived states is involved, necessitating the use of a statistical characterization of an energy or attractor landscape. The most notable examples are glasses, liquids, biomolecules and biomolecular regulatory networks. In the area of protein folding we are interested both in describing folding kinetics in the laboratory and the development of bioinformatically based schemes for predicting structure from sequence using computer simulation. A key concept is that the energy landscape of a foldable protein looks like a rugged funnel. This idea guides the development of both simple folding kinetics models and structure prediction algorithms. Similar issues of attractor landscapes also arise in higher order biological processes, such as gene recognition and genetic network regulation, which we also study. The energy landscapes of supercooled liquids and glasses also present interesting problems. We have shown how a new approach based on "random first order transitions" explains many quantitative relations found empirically both in liquids and under cryogenic conditions where quantum effects play a role. The same ideas show promise in the study of systems as different as high temperature superconductors, polymer assemblies, and microemulsions. They are also useful for describing the three-dimensional structure and dynamics of chromosomes and the interior of living cells.

Professor Wolynes has been a visiting scholar for extended periods at the Max Planck Institute for Biophysical Chemistry, the Institute for Theoretical Physics (UCSB), the Institute for Molecular Science (Okazaki, Japan) and the Ecole Normale Superieure (Paris, France). He was a Fogarty Scholar-in-Residence at the National Institute of Health, Hinshelwood Lecturer at Oxford, and the Linnett Visiting Professor at Cambridge.