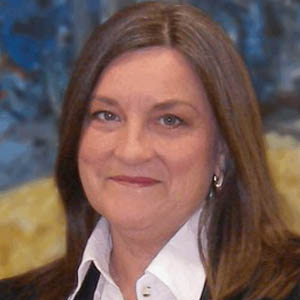 Prof. Patricia Reiff has been involved in space plasma physics research for more than forty-five years, with interests in magnetospheric convection, plasma particle acceleration mechanisms, and solar wind control of the magnetosphere and ionosphere.  She received her Ph.D. analyzing Apollo plasma data.  She was a Co-I on the Dynamics Explorer, Polar, IMAGE, and Cluster Missions.  She is a Co-I and EPO lead for the MMS (Magnetospheric Multiscale Mission.  She has served as Director for public education projects for over 30 years.  Her "Space Update" software has been used by over a million visitors at over 15 museums, and together with "Earth Update" and "Space Weather" has been distributed to 400,000 educators and learners.  These CD's (now DVD's) received the highest rating from NASA review panels. Her project "Immersive Earth", in co­operation with the Houston Museum of Natural Science, creates full-dome digital planetarium shows teaching Earth science, and has created a portable planetarium system “Discovery Dome” to teach Earth and Space Science through immersive digital theater, which is now in over 300 sites in 33 countries and 33 states (www.tinyurl.com/discdome).  These projects have spun off two companies, Space Update, Inc. (www.spaceupdate.com) and MTPE, dba "EPlanetarium" (www.eplaneta­rium.com) to distribute the materials and portable planetarium systems. She has over 150 refereed publications, and has served as Editor or Associate Editor for EOS, Journal of Geophysical Research, Reviews of Geophysics.  She has served on advisory committees for the National Science Foundation, NASA, the National Academy of Science, the AAU, Goddard Space Flight Center, UCAR, and Los Alamos, and on the NASA E/PO MOWG.  She has served as Chair of the Council of Institutions of the Universities Space Research Association and serves on the SPA Public Education Commit­tee for the AGU.  She is a member of Sigma PI Sigma, Pi Kappa Pi and Sigma Xi and has numerous awards, including being named as one of Houston's "Women on the Move" in 1990.  She received the inaugural "Marjorie Corcoran" Award from Rice and the inaugural "STEM Influencer Award" from the Women's Energy Network, both in April 2018. She was elected as a Fellow of the American Geophysical Union in 1997, and received the “Athelstan Spilhaus Award” for public education in 2009 and the "SPARC" Award in 2013.  She was named the "Birkeland Distinguished Speaker" by the University of Oslo in 2012. She received the "Aerospace Educator Award" from Women in Aerospace in 1999 and the Service Award from NARS in 2004.  She received NASA "Group Achievement" awards for the IMAGE, GGS and Cluster missions, and was an organizer for the World Space Congress in 2002. She has received Certificates of Appreciation for the EPO efforts from NASA and the Sloan Foundation and is listed in American Men and Women of Science and Who's Who.   In addition to training twelve PhD's, she created a "Master of Science Teaching" degree, with 30 teacher alumni as of 2018.  She frequently appears as a science commentator on local and national television, print and radio, and leads solar eclipse tours (www.eclipsetours.com).