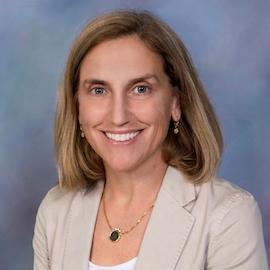 Mikki Hebl (Dartmouth College, Ph.D) is the Martha and Henry Malcolm Lovett Chair of Psychology, Professor of Management. Dr. Hebl’s research focuses on diversity and discrimination-related issues. In 2014, Dr. Hebl received the Sage Award for Scholarly Contributions from the Academy of Management for her lifetime research on gender and diversity in organizations.

Sarah A. Burnett Superior Teaching in the Social Sciences, 2015