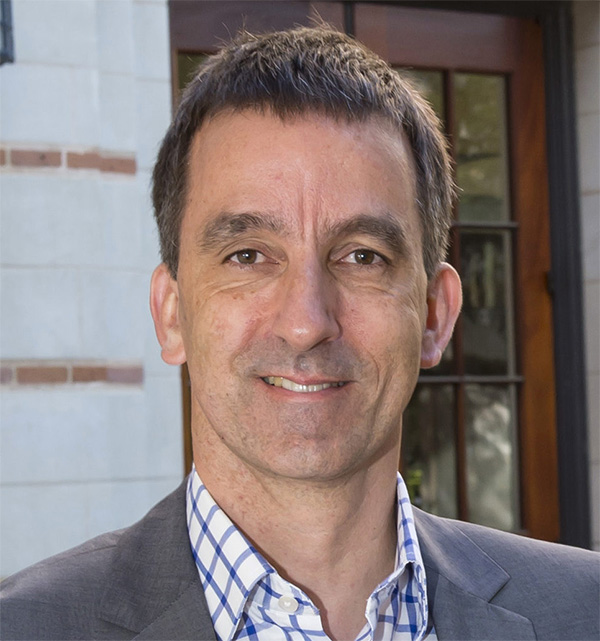 Matthias Henze was born and raised in Hanover, Germany. In 1992 he earned a Master of Divinity from the University of Heidelberg, Germany, and moved to the United States to pursue a Ph.D. in Harvard’s Department of Near Eastern Languages and Civilizations. After completing his doctorate in 1997, Dr. Henze joined Rice’s department of religion, where he is now the Isla Carroll and Percy E. Turner Professor of Hebrew Bible and Early Judaism.

His areas of interest include the Hebrew Bible/Old Testament, Jewish literature and thought at the time of the Second Temple, apocalyptic literature, and the Qumran fragments. In particular, Dr. Henze focuses on those early texts that never became part of the Jewish Bible - often subsumed under the labels ‘Apocrypha’ and ‘Pseudepigrapha’ – and what we can learn when these texts are read side by side with the canonical writings.

Dr. Henze has written and edited ten books. While at Rice he has won five teaching/mentoring Awards. He was also named a founding fellow of Rice’s Center for Teaching Excellence. In 2009 he founded Rice’s Program in Jewish Studies, of which he continues to serve as director.

Books:
Mind the Gap: How the Jewish Writings between the Old and New Testament Help Us Understand Jesus. Minneapolis: Fortress Press, 2017.

Fourth Ezra and Second Baruch: Reconstruction After the Fall. Edited by Matthias Henze and Gabriele Boccaccini, with the collaboration of Jason M. Zurawski. JSJSup 164. Leiden: Brill, 2013.

The Madness of King Nebuchadnezzar: The Ancient Near Eastern Origins and Early History of Interpretation of Daniel 4. Supplements to the Journal for the Study of Judaism 61. Leiden: Brill, 1999.

The Old Testament in the New: Israel’s Scriptures in the New Testament and other Early Christian Writings. Edited by Matthias Henze and M. Eugene Boring. Grand Rapids: Eerdmans.