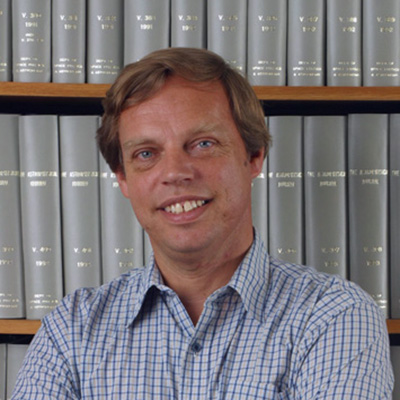 Dr. Baring joined the Rice Faculty at the beginning of 2001, having held positions at NASA Goddard Space Flight Center, North Carolina State University and the Max Planck Instituet fuer Astrophysik in Garching bei Muenchen, Germany. He is currently working on a variety of problems in theoretical high energy astrophysics and cosmic ray physics. These include the modeling of X-ray and gamma-ray emission from highly-magnetized pulsars, the exploration of effects of photon splitting and resonant Compton scattering in strong magnetic fields with application to neutron star systems such as pulsars and magnetars. Dr. Baring has a long track record of research in this field, which includes the issue of radio quiescence in high field pulsars. The radiation physics is incorporated in Monte Carlo modeling of pair cascades in neutron star magnetospheres. One of the principal goals is to discern the action in Nature of exotic predictions of the theory of relativistic quantum electrodynamics (QED) in strong magnetic fields, foremost among these magnetic birefringence of the polarized vacuum, and the splitting of photons in two. His work over the years on gamma-ray bursts (GRBs)has also been extensive, often encompassing critical analyses of inferences of relativistic beaming in these topical sources. In a related area he explores emission from ultra-relativistic plasma particles in the jets of blazars in active galaxies. Currently his focus in this field of extragalactic jets is on the exploration of properties of diffusive shock acceleration and implications for their emission. The basis for this focus is the simulation of particle acceleration at relativistic shocks using a Monte Carlo technique, an approach that Dr.Baring and collaborators have employed extensively and with great success in modeling the acceleration in non-relativistic outer shell shocks in supernova remnants, active galaxies, and also at the solar wind termination shock and interplanetary traveling shocks. These theoretical efforts employ a mixture of analytic and computational techniques in modeling a variety of observational data.