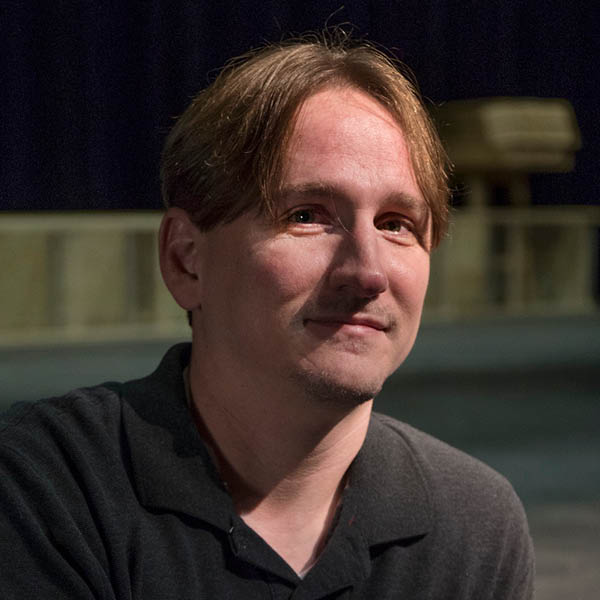 Previously, Mark served as the Cullen Performance Hall Supervisor at the University of Houston and managed its events. He has designed sets for the University of Houston, and other theater companies around town, including The Houston Shakespeare Festival in 2011 and 2012. He has assisted designed for shows at various Regional Theaters in the US. Prior to moving back to Houston in 2006, he attended Rutgers University and worked around the New Jersey and New York City areas.

Mark has taught design and informational workshops to high school students in the Fort Bend and Katy School Districts and worked as a mentor to students who wanted to further their interests in the design field.

In his spare time, Mark enjoys a variety of hobbies: playing volleyball, watching anime, going to museums, and hiking through the back country of New Mexico. Mark and his wife, Sara, have three ferrets (Lucy, Go-Go, and Duo).