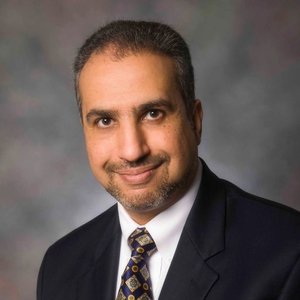 Mahmoud El-Gamal is a Professor in the Department of Economics, where he holds the endowed Chair in Islamic Economics, Finance and Management. Before joining Rice in 1998, he was an Associate Professor of Economics at the University of Wisconsin at Madison, and before that an Assistant Professor of Economics at the California Institute of Technology and an Economist at the Middle East Department of the International Monetary Fund. During two short leaves from Rice, he served as the first Scholar-in-Residence on Islamic Finance at the U.S. Department of Treasury (2004) and as Provost at his alma mater, the American University in Cairo (2014-2015). He has published several articles on finance, econometrics, decision science, Middle East economies and Islamic transactions law. His books include Islamic Finance: Law, Economics and Practice (Cambridge University Press, 2006) and Oil, Dollars, Debt and Crises: The Global Curse of Black Gold (with Amy Myers Jaffe, Cambridge University Press, 2010). His ongoing research has been focused on the interactions of financial markets, energy markets and global geopolitics.

B.A. in Economics / Computer Science, The American University in Cairo, 1983

M.A. in Economics, The American University in Cairo, 1985