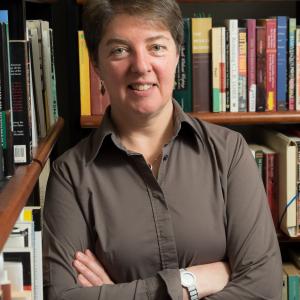 WEBSITE(S)| Politics, Law and Social Thought Program | Center for the Study of Women, Gender, and Sexuality

My most recent publication is a volume of essays in the history of human rights co-edited with Jean Quataert, the Routledge History of Human Rights (Routledge, 2019). This volume is unusual in its chronological and geographical reach. We consider the 19th century and non-European sites to be vital yet neglected in currently available scholarly literature about the modern politics and law of human rights.

My second book is The Language of Human Rights in West Germany (University of Pennsylvania Press, 2013). It explores questions such as:  What causes have West Germans considered to be “human rights” causes? And how does contextualization of international human rights activism in the activists’ own domestic setting change our understanding of their work? The book has been well received. Click here to read reviews in a new window.  The introduction is available here - Choose "View table of contents and excerpt" (opens in new window).  More recently, I have published a short piece on an NGO not discussed in the book, the Society for Threatened Peoples (Gesellschaft für bedrohte Völker).  Click here to read in a new window.

My first book was German Women for Empire, 1884-1945 (Duke University Press, 2001). It analyzes German women’s participation in Europe’s most intense period of imperial expansion, and especially white German men’s and women’s ideas about racial classification.  The book has also been well received. Click here to read those reviews in a new window.

Undergraduate research is important to me.  I welcome inquiries from students interested in independent research projects for a summer- or semester-long project, or for a year-long History honors thesis, Mellon Mays, or Rice Undergraduate Scholars Program (RUSP) thesis.  In the past, students have independently developed and researched topics such as these, with my assistance:  feminist thought in the emergence of contact improvisational dance; medical personnel’s complicity in torture; and German émigrés’ work in the Office of Strategic Services during World War II.  My courses HIST 445, HIST 455, and HIST 459 require research with original sources to produce papers of ca. 25 pages in length. I served as co-instructor for RUSP 2006-2010 and 2014-2017, and highly recommend it to students. See here.

I regularly work with graduate students in our department and elsewhere at Rice, and welcome inquiries from potential applicants to our doctoral program.  Often my mentorship in the graduate program has taken the form of a general examination field in the history of women and gender, based on a combination of graduate courses taken through CSWGS  and directed readings with me.  I teach graduate courses in the department as needed; in the past, these have included courses on human rights, nationalism, the history of women and gender, and the department’s Pedagogy Seminar for graduate students.  I am glad to serve on dissertation committees, and have done so for doctoral students at Rice in History, English, Anthropology, Religion, and Music.

I received my Ph.D. from the University of Michigan in 1994, and came to Rice in 2003 after teaching at Pitzer College, M.I.T., and Texas A&M University.