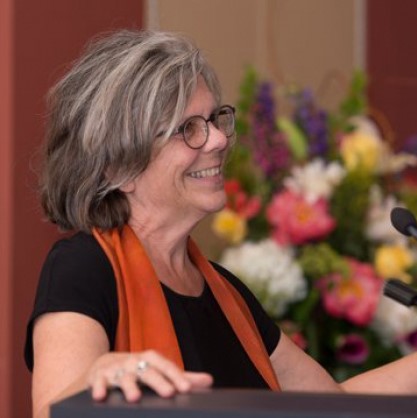 Lisa Balabanlilar received her PhD from The Ohio State University in 2007. The focus of her research is the Timurid-Mughal Empire of Central and South Asia, and her broader research interests encompass Islamic South and Central Asia, comparative imperial court culture, movement and procession, memory and identity, and early modern Islamic Empires (Ottoman, Mughal and Safavid).

She teaches a survey of South Asian History; a world history of Imperial Pleasure Gardens; as well as classes on Chingis Khan and the Mongol Empire; Comparative Early Modern Islamic Empires; and research seminars such as: Raj and Resistance; The Mughal Empire; and a history of world travel.

She has been the recipient of several prestigious teaching awards:

Select and upcoming articles and chapters include:

“The Peripatetic Mughal Royal Court,” for The Cambridge History of India, v.1, Part One: The Mughals and their Worlds, 1520 -1740, edited by Mrinalini Sinha, Prasannan Parthasarathi, David Gilmartin. publication 2021.

“Mughal Women, the Imperial Household and the State,” for The [Oxford] Handbook of The Mughal World edited by Richard M. Eaton and Ramya Sreenivasan, currently in publication.