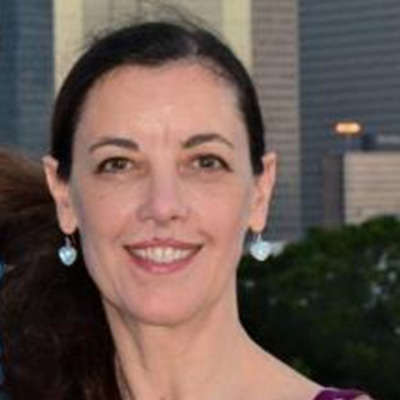 Kerry Ward is an Editor of the Journal of World History. She co-edited, with Ross E. Dunn and Laura J. Mitchell, The New World History: A Field Guide for Teachers and Researchers (University of California Press, 2016). This edited anthology is the state of the field edited collection for academics, teachers, graduate students, and advanced undergraduates.

Ward's first book, Networks of Empire: Forced Migration in the Dutch East India Company (Cambridge University Press, 2009) examines the evolution of the Dutch East India Company (VOC) from a merchant enterprise to an empire through the lens of its evolving legal system. It focuses on the complex intersections of forced migration in the forms of slavery, penal transportation, and political exile. The VOC developed multiple nodes and networks across the Indian Ocean that constituted an empire characterized by partial sovereignties. The VOC's imperial headquarters in Batavia (modern Jakarta) was the main node in these networks that linked the Cape of Good Hope on the tip of Southern Africa to the coastal regions of South Asia, Sri Lanka, the Strait of Malacca region, and the Indonesian archipelago.

Ward is currently working on two areas of research that emerge from her expertise: first, the emergence of modern slavery and human trafficking, and second, the long trajectory of Indian Ocean history.

From Ground Zero to Zero Tolerance: Fighting Human Trafficking in Houston draws on her expertise in forms of forced labor and forced migration to examine the emergence of human trafficking in her adopted hometown, Houston, and the simultaneous emergence of anti-human trafficking organizations. From Ground Zero to Zero Tolerance examines how the Houston anti-trafficking network was created and how it has changed over the last two decades. It will explore how organizations in Houston intersect to provide services to human trafficking survivors as well as figuring out strategies to stop this extreme form of exploitation.

The American Civil War in the Indian Ocean: Global Dimensions of a National Conflict analyzes the conduct and impact of the Civil War in an entirely new perspective. It expands our understanding of the origins of American globalization in the nineteenth century. Moving beyond established area studies of Africa, Southeast Asia, and the Pacific, this project contributes to our understanding of the Indian Ocean as a region. It uses the Confederate commerce raiding cruises in the region to shine a spotlight on sites in South Africa, Singapore, India, and Australia where the Confederate ships affected much more than US trade, diplomacy, and maritime networks.

Necessary and Unnecessary Evils: British Suppression of Slave Trading in the Eastern and Western Indian Oceans c.1807-1870 argues that the long process of abolition began with the suppression of the external slave trade in people from Africa as being an unnecessary evil that needed to be eradicated, ostensibly at any cost. In juxtaposition, the main British response to slave trading and slavery in the Eastern Indian Ocean, in particular in the Straits Settlements and extending to Hong Kong, was that it was unofficially perceived as a "necessary evil" to stabilize particular labor markets. Instead, anti-piracy became the main focus of imperial securitization.

Dr. Ward regularly teaches undergraduate and graduate thematic courses in world history. She Teaches in the African Studies Minor program, the Museums and Cultural Heritage minor program, and courses in the Center for the Study of Women, Gender and Sexuality program with a focus on the minor in Poverty, Justice and Human Capabilities. She offers courses on modern slavery and human trafficking, museums in world history, South African history, and Indian Ocean history. She is interested in working with graduate students who want to integrate world history into their main research and teaching fields.