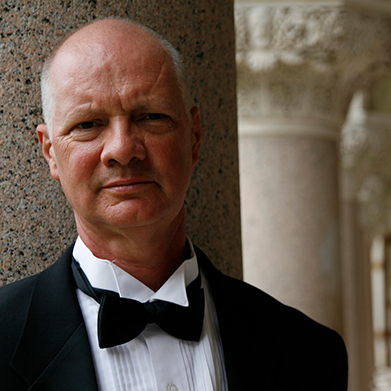 The Whitmire research group studies inorganic and organometallic compounds for their use as precursors in solid-state compounds in order to produce phase pure materials that are difficult or impossible to prepare by other methods. Of particular interest are the metal pnictides, which have superior magnetic, magneto-optical, magnetoresistive and magnetocaloric properties and for which a wide range of transition metal-pnictide ratios are observed, making some of them difficult to prepare as thin films in pure form by conventional methods. They have also been found to catalyze a wide range of important industrial processes including the splitting of water into hydrogen and oxygen. Efforts focus on preparing volatile metal carbonyl cluster compounds for which the transition metal-pnictide ratio can be precisely controlled to match that of the desired target material. Isostructural compounds have been shown to serve effectively as dopants in order to tune the properties of the resultant materials. This methodology produces films under very mild conditions making it possible to coat a wide range of substrates including semiconductors, which has significant applications for harvesting solar energy to promote catalytic reactions.

Kenton Whitmire is a Professor of Chemistry, Associate Dean for Academic Affairs of the Wiess School of Natural Sciences and the College Magister of Sid Richardson College. He received his BS in Chemistry from Roanoke College in 1977, and then undertook his Ph.D. studies on carbon monoxide activation and metal carbonyl clusters with Duward F. Shriver at Northwestern University. Following his Ph.D., he held a NATO Postdoctoral Fellowship with Jack Lewis at Cambridge University and began his faculty career at Rice University in 1982. He was the recipient of an Alexander von Humboldt Foundation Research Award and was an associate editor for Organometallics from 1997 through 2007. His current research interests focus on synthetic, structural and mechanistic inorganic and organometallic chemistry, with recent efforts directed towards designing molecules to serve as single-source precursors for advanced solid state materials. He has published more than 200 peer-reviewed papers and supervised sixteen Ph.D. and three M.S. students. He teaches the courses general chemistry, inorganic chemistry, X-ray diffraction and the chemistry of art.