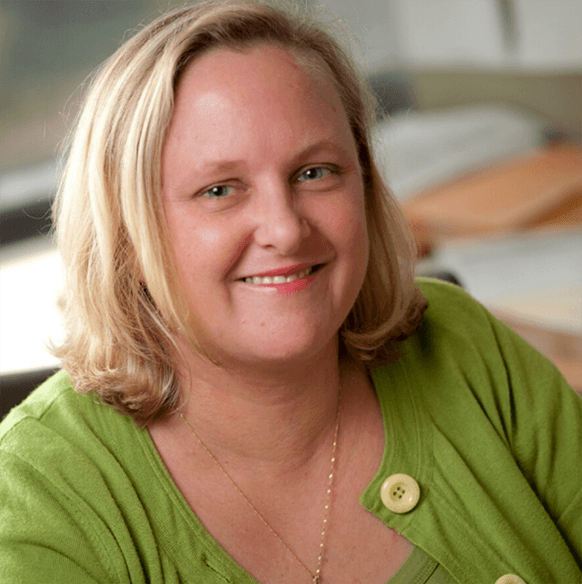 Jane Grande-Allen’s research applies engineering analysis to understand and fight heart valve disease. This involves mechanical testing, biochemical measurements, and microstructural analysis of critical components found in the extracellular matrix (ECM) that makes up cardiac tissue. Her studies into the basic and applied physiology of heart valve tissue have shown that the ECM – collagen, elastin, glycosaminoglycans and proteoglycans – forms an intricate network of connective tissue that is influenced by valvular function, growth, and abnormalities.

Her investigations of the chemical and mechanical conditions in both diseased and healthy valves are designed to reveal why structural defects occur and how to develop alternatives to conventional open-heart surgery to repair/replace diseased heart valves. These alternatives include drug therapies and engineered heart valves for patients of different age groups.

In recognition of her work in research, she has received the Oak Ridge Associated Universities Ralph E. Powe Junior Faculty Development Award (2005), Hamill Innovation (2005, 2008, 2010) and Medical Innovation (2007, 2011) awards from Rice’s Institute for Biosciences and Bioengineering (IBB), the Outstanding Young Scientist Award from the Houston Society for Engineering in Medicine and Biology (2005), the A.J. Durelli Award from the Society for Experimental Mechanics, Inc. (2011), the Editorial Excellence Award by the Annals of Biomedical Engineering (2011), and the Established Investigator Award from the American Heart Association (2012).

Grande-Allen has also been widely recognized at Rice for her efforts in teaching and mentoring. She is a recipient of the Brown Foundation Teaching Award (2006), the Presidential Mentoring Award (2009), the Excellence in Advising Award from the Office of Academic Advising (2010), the Faculty Teaching and Mentoring Award from the Graduate Student Association (2014), the George R. Brown Award for Superior Teaching (2014) by the Association of Rice Alumni, and the Teaching and Research Excellence Award (2016) from the George R. Brown School of Engineering.

The overall focus of Integrative Matrix Mechanics Laboratory is to characterize and eventually manipulate the structure-function-environment relationship of cardiac valves in an integrative fashion (cellular, tissue, organ, and clinical). The matrix composition and material properties of heart valves are believed to be determined by the load patterns imposed during valve function. Consequently, alterations to the normal tissue loading patterns will affect the cellular phenotypic production of extracellular matrix and transform the valve morphology, mechanics, and function.

This research includes using cells, organ cultures, and tissue engineering approaches to investigate valve disease from a more mechanistic angle. The main diseases studied include myxomatous ("floppy") mitral valve disease and secondary remodeling of the heart valves in patients with heart failure, but this research may have implications and applications for other soft tissues. Ultimately the group hopes to use the characterization of normal and pathological mechanisms of valvular remodeling to derive novel surgical and medical therapies that can be used to treat patients earlier in the disease process.

Ongoing projects include: Understanding the extracellular matrix basis for the tissue mechanics of valves and other soft tissues, particularly with respect to proteoglycans; identification, characterization, and mechanical/humoral/pharmaceutical control of valvular glycosaminoglycans and proteoglycans; biochemical, proteomic, biomechanical, and echocardiographic quantification of valvular remodeling in clinical congestive heart failure (a secondary valve disease) and myxomatous mitral valves (a primary valve disease); and development of in vitro surrogates (via cell/organ culture and tissue engineering) and bioreactor systems to study disease and remodeling in valves and other soft tissues.

Fellow, American Association for the Advancement of Science (AAAS)

2020: Diamond Award for Distinguished Achievement in Academia, University of Washington