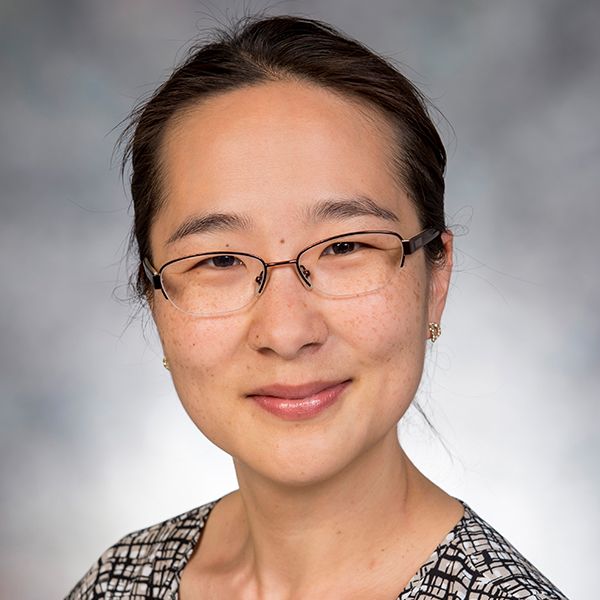 Junghae Suh specializes in designing and investigating gene delivery vectors for various applications in biomedicine. Her Synthetic Virology Laboratory at Rice University combines broad-based knowledge of protein engineering and molecular/cell biology to engineer the properties of naturally occurring viruses for the treatment of debilitating human diseases.

Suh’s basic science and technology development has impacted a variety of fields, including tissue engineering, and the treatment of cancer, cardiovascular and neurological diseases. Since joining Rice in 2007, she has orchestrated various multi-disciplinary projects with researchers at Rice and the Texas Medical Center to develop translational therapeutic technologies.

Major challenges in nanomedicine today are in the design, delivery and control of tiny particles so that they can hone in on diseased cells, gain access to host cell nuclei, and cause a controlled systematic change. Viruses can be thought of as genetically encoded nanoparticles with innate abilities to deliver genetic cargo with high efficiency into host cells.

A significant aspect of Suh’s research is focused on constructing protease-activatable viruses (PAVs) that are based on benign naturally occurring adeno-associated virus (AAV) vectors. At the site of diseased or injured tissue, cells produce elevated levels of particular protease enzymes called matrix metalloproteinases. By genetically inserting small protease-sensitive, “peptide locks” into the virus capsid, the therapeutic viral vectors can travel the body in a locked inert configuration, and when they encounter the right protease levels at sites of disease, they are then “unlocked” and able to bind to the cells and deliver payloads that treat disease.

Her lab’s efforts to better reprogram viruses into controllable nanodevices is supported by two new NIH research project grants, and two exploratory grants from the NSF and the NIH. In addition to developing biocomputing nanoplatforms that can process proteolytic inputs, her lab is also creating gene delivery platforms activatable by light. Specifically, the Suh lab’s second major research focus is to develop viral gene delivery platforms that can accept exogenous light as the stimulus and produce enhanced, tunable, and spatially resolved transgene expression. Through collaborations with systems and synthetic biologists at Rice, the group is making strides toward identifying the biophysical rules that enable them to impart such new functionalities into viruses.

Her research has led to the publication of nearly 50 refereed research papers and four book chapters. The Biomedical Engineering Society (BMES) recognized her as a Young Innovator in Cellular and Molecular Bioengineering (2014) for her development of tunable virus 'nanonodes' that target and are activated by protease enzyme combinations present around cancer and other diseased tissue sites. More recently, she was awarded the Outstanding New Investigator Award (2016) from the American Society of Gene and Cell Therapy.

In support of her research and collaborations, Suh has been supported by numerous competitive grants, including from the Institute of Biosciences and Bioengineering’s (IBB) Hamill Innovation Award (2008, 2013), two Breast Cancer Research Program Concept Awards from the U.S. Department of Defense (2009, 2011), a National Science Foundation CAREER Award (2010), a grant from the John S. Dunn Foundation (2013), a High Impact/High Risk Award (2013) from the Cancer Prevention and Research Institute of Texas (CPRIT), two grants from the American Heart Association (2013, 2015), and several grants from the National Institutes of Health (2013, 2014, 2015, 2016, 2018).