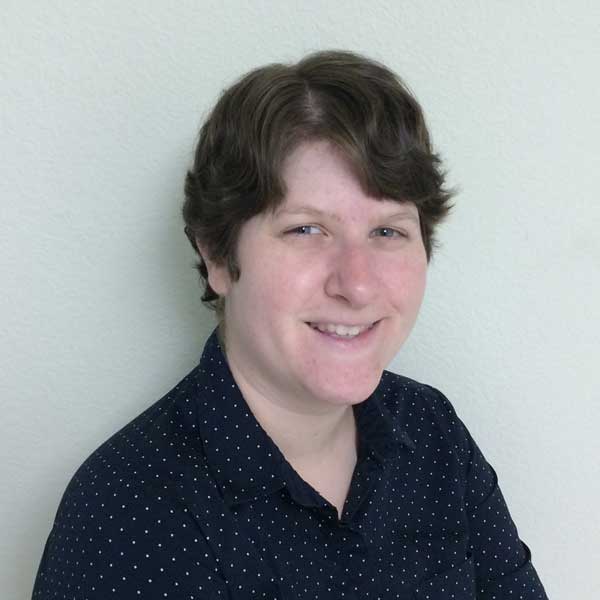 Julea Vlassakis designs and applies micro and nanoscale single-cell and single molecule technologies to study proteins and their interactions with other macromolecules. The over-arching goal of her lab is to advance treatment for Ewing sarcoma and other pediatric cancers by identifying molecular markers for targeted therapies. Her lab innovates and investigates at the intersection of micro & nanoengineering design, systems & structural biology and cancer biochemistry & biophysics.

Research in the Vlassakis Microtechnologies for Pediatric Oncology Lab is currently supported by a $2 million grant from the Cancer Prevention and Research Institute of Texas (CPRIT) and the Burroughs Wellcome Fund Career Award at the Scientific Interface (CASI). The Vlassakis lab cultivates collaborations with physicians and researchers in the Texas Medical Center with a multidisciplinary approach to achieve translational impact.

Prior to joining Rice, Vlassakis was a postdoctoral scholar and NSF Graduate Research Fellow at the Herr lab at the University of California, Berkeley. In the Herr lab, Vlassakis designed single-cell separation, fractionation and immunoassay technologies to study proteins and their complexes. Her postdoctoral research focused on the introduction of a method to quantitatively assess cytoskeletal protein complex response to cellular stresses in single cells. Before her single-cell research, Vlassakis elucidated the role of mechanical tension in accurate DNA pairing during DNA repair with single-molecule methods in the Prentiss lab at Harvard University. Vlassakis earned her B.A. in chemistry and physics at Smith College, a women’s college known for cultivating champions of equity.

The Microtechnologies Laboratory for Pediatric Oncology is focused on the study of protein interactions, signaling and conformations responsible for fusion oncoprotein-driven pediatric cancers. Such pediatric cancers are marked by a paucity of genetic mutations, and instead fusion proteins and their interactions are responsible for cancer cell proliferation and metastasis. By understanding the key protein conformations and interactions of cancer progression, we aim to deliver the next generation of ‘molecularly surgical’ therapies. We design tools to study key macromolecular interactions and structures at the micro and nano length scales of cancer biology. Major research areas in the lab include:

Targeted single-cell analysis: In Ewing sarcoma, a pediatric/young-adult cancer of the bone and surrounding soft tissue, the EWS-FLI1 fusion oncoprotein expression level gives rise to metastatic versus proliferative cell subpopulations. We are uncovering the cytoskeletal signature of metastasis and studying cytoskeletal-targeting drugs. To do so, we develop single-cell fractionation assays for cytoskeletal complexes utilizing micro tumor models that mimic bone tumor microenvironments.

Cancer systems biology assay design: For many pediatric cancers, a single chromosomal re-arrangement results in a fusion oncoprotein with altered DNA and protein interactions that result in cancer progression. Understanding which sets of molecular interactions, or ‘interactomes’ underly proliferation and metastasis will reveal druggable phenotypes for investigation of novel therapies. We aim to innovate in the design of micro-scale protein separation materials and assays towards discovering the interactome of cell subpopulations present in Ewing sarcoma and other pediatric cancers.