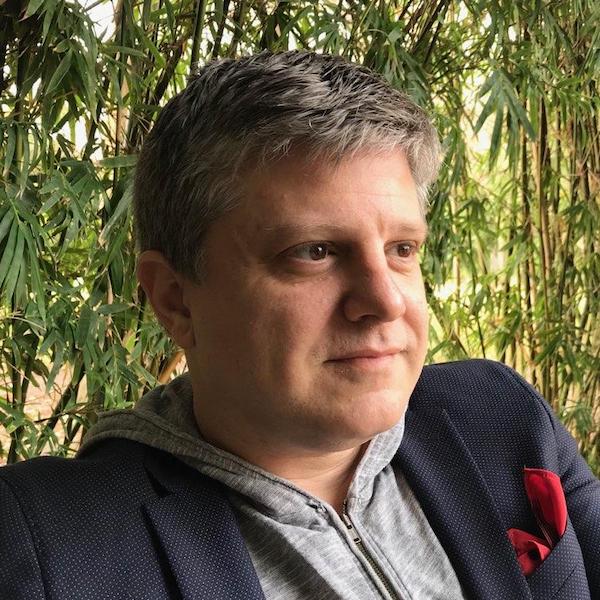 Joseph Campana is a poet, arts writer, and scholar of the literature and culture of early modern England. Campana serves as the William Shakespeare Professor of English, the Director of the Center for Environmental Studies, the co-director of the ENST minor, and a co-PI on the Mellon Foundation-funded Diluvial Houston grant.

His early modern scholarship begins with an attention not only to poetry but to the forms, poetics, and aesthetics of pain, gender and sexuality, iconoclasm, childhood, natural history and the environment. He has published essays in PMLA, Modern Philology, ELH, Shakespeare, and elsewhere. He is the author of The Pain of Reformation: Spenser, Vulnerability, and the Ethics of Masculinity (Fordham UP, 2012), the co-editor of Renaissance Posthumanism (Fordham, 2016), and the co-editor of two volumes of essays on insect life: Lesser Living Creatures of the Renaissance: Insects and Lesser Living Creatures of the Renaissance: Concepts (Pennsylvania State University Press, 2023). His monograph Speculations on Sovereignty: Shakespeare’s Once and Future Child is currently under review.

Campana is the author of three collections of poetry: The Book of Faces (Graywolf, 2005), Natural Selections (2012), which received the Iowa Poetry Prize, and The Book of Life (Tupelo, 2019). Poems appear in Slate, Kenyon Review, Poetry, Conjunctions, Colorado Review, Plume and more. He is the recipient of prizes from Prairie Schooner and The Southwest Review and grants from the NEA, the Bread Loaf Writers Conference, and the Houston Arts Alliance. He serves as contributing editor at Plume for which he writes a monthly column. Current projects include a collection called Live Oak and a collaboration with composer Kurt Stallman called The Fruit and the Work.

Of late many projects emerge from attention to at a time in early modern history of climatic instability many refer to as the Little Ice Age. Often his work considers how traditionally literary or aesthetic categories—like form, genre, and media—and histories of ecological concepts still inform broader kinds of environmental thinking. Recent projects consider early modern understandings of humanity, creaturely life, personhood, scale, affect, waste, and other concerns refracted through a range of arts and media, from poetry and theater to political theory and natural history. Recently published essays treat a range of figurations of creaturely life in early modern England--busy bees, bleeding trees, and crocodile tears, which form the basis for two projects in progress, Living Figures: Person and Population in Early Modern England and Scales of Nature: Thinking with Bees in the Renaissance.

Campana has also served as an arts writer and critic for web and print publications (including CultureMap, Houston Chronicle, Kenyon Review, Los Angeles Review of Books) covering theater, dance, visual arts, television, books and more. This writing has in turn infused his scholarly writing resulting in several essays on choreographic adaptations of Shakespeare (“Of Dance and Disarticulation: Juliet Dead and Alive” & “Dancing Will: The Case of Romeo and Juliet”) and on reality television (“Picking, Pawning, Hoarding, and Storing: Archiving America on Reality TV” with Theodore Bale).