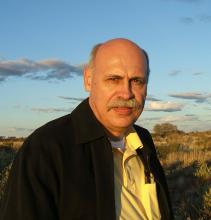 My specialization is in European intellectual history of the modern epoch, from the Renaissance to the present, with a special concentration on the era of the Enlightenment. I have a second research interest in the history and philosophy of science and the new field of “science studies.” My third concern is with theoretical issues in historical practice, especially in the wake of the postmodern critique of disciplinary history.  I have published extensively in all these areas. In the field of Enlightenment intellectual history, I have published two extensive monographs on the key German figures Immanuel Kant and Johann Gottfried Herder: The Genesis of Kant’s Critique of Judgment (Chicago, 1992), and Kant, Herder and the Birth of Anthropology (Chicago, 2002). These studies have been of interdisciplinary significance, appearing in philosophy series and engaging a lively reception in the discipline of anthropology, as well.  On the score of “science studies,” my study, A Nice Derangement of Epistemes: Post-Positivism in the Study of Science from Quine to Latour (Chicago, 2004) traces the development of contemporary science studies from the philosophy of science of Quine and Kuhn to the recent practice of such interpreters as Bruno Latour and Steven Shapin. In the third field I have been publishing theoretical articles for over twenty years in direct debate with leading postmodern theorists of history: Dominick La Capra, Frank Ankersmit, Joan Scott and others. My new monograph, The Gestation of German Biology: Philosophy and Physiology from Stahl to Schelling, which appeared in January 2018 with the University of Chicago Press, is the capstone of all these endeavors.

My teaching reflects these research interests. I have long been committed to introducing students to the study of the emergence of Europe in the modern era, HIST 101. My most important undergraduate offering has been, for many years, European Intellectual History from Bacon to Hegel, HIST 370. I have also offered numerous seminars on topics in European intellectual history, treating such themes as Isaac Newton’s reception in the eighteenth century, the emergence of life sciences in that epoch, the life and thoughts of Jean-Jacques Rousseau, and the national varieties of European Romanticism. I am currently offering history of science survey, HIST 233: From Copernicus to Darwin, and a seminar on European Romanticism, HIST 375. At the graduate level, for several years I offered Introduction to Graduate Studies (HIST 575) exploring the theoretical challenges that confront the discipline of history and call upon every new entrant into the discipline to become more critically reflexive about how these will bear upon the new historian’s own research and writing. I have also directed the graduate mentoring program and the Pedagogy Seminar.

I am not currently accepting new students for dissertation research in European Intellectual History.  Instead, I serve as a second field instructor, offering directed readings and, more rarely, seminars for graduate students interested in gaining expertise on early modern Europe and especially its intellectual history to complement their primary field of study. I have also served as outside reader on many dissertation committees for other departments, especially Philosophy.