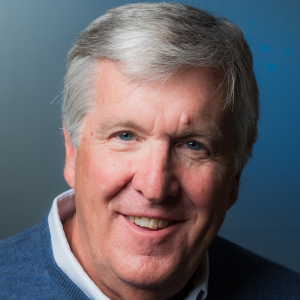 Hutchinson’s research specialties are in theoretical chemical physics, specifically computational studies of the vibrational dynamics of reactive molecules, and in chemical education research, specifically the effectiveness of innovations.  He has published over 50 papers on these subjects, and has supervised the doctoral dissertations of eight students and the master’s theses of three students.  The National Science Foundation, the Robert A. Welch Foundation, the Research Corporation, the Petroleum Research Fund, the Brown Foundation, and the Dreyfus Foundation have supported his research.

Hutchinson has taught General Chemistry for the past twenty-eight years, and has developed a variety of different approaches to teaching introductory science.  His on-line textbook “Concept Development Studies in Chemistry” is specifically designed for use in interactive teaching using a constructivist approach. For the past decade, he has taught courses to high school science teachers on the concept development approach.  He has presented invited papers on the subject of interactive teaching at a number of conferences and universities.  He served on the College Board’s Curriculum Design and Assessment Committee for the Advanced Placement program in Chemistry.

John Steven Hutchinson is a Professor of Chemistry at Rice University. He served as the Dean of Undergraduates from 2010-2018. Hutchinson is a 1977 graduate with highest honors of the University of Texas.  He also did his doctoral work at UT, and his doctoral dissertation was recognized as the Outstanding Dissertation in the University in 1981.  After graduation, Hutchinson taught at the University of Denver and the University of Colorado, Boulder, before joining the Rice faculty in 1983. In addition to his previous position as Dean of Undergraduates, he has served as Associate Vice President for Student Affairs, Interim Vice President for Student Affairs, and Director of Academic Advising.  He was also the resident faculty master of Brown College (2003-2008) and Wiess College (1994-2001), two of the eleven residential colleges at Rice.

Rice University recognized Hutchinson in 2007 with the George R. Brown Certificate of Highest Merit in recognition of outstanding contributions to undergraduate education.  In 1997 and again in 2004, he received the George R. Brown Award for Teaching Excellence, and in 1994, 1996, 1998, and 2006, he received George R. Brown Awards for Superior Teaching.  In 1988 and 1995, he received the Nicolas Salgo Distinguished Teacher Award.  In 1987, he received the Phi Beta Kappa Teaching Prize.  In addition, the Minnie Stevens Piper Foundation recognized Hutchinson as a Piper Professor for 1996.  The Senior Class of 1998 honored him as the faculty member who had the greatest impact on their Rice careers.  The Rice Student Association presented him the Outstanding Mentor Award in 2000 and again in 2011.

Hutchinson is a native of Texas, born in Dallas and raised in Corpus Christi.  He and his wife Paula Krumboltz Hutchinson have been married since 1978, and have two daughters, Ashlyn, 36, and Emma, who passed away at age 20.  Hutchinson plays folk guitar and hikes in the Colorado mountains in his spare time.