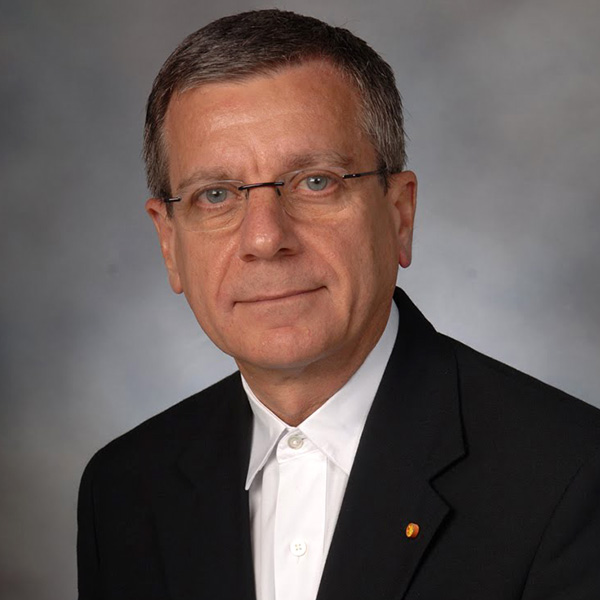 Interim Dean of School of Architecture

John J. Casbarian, FAIA, is the interim dean and Harry K. & Albert K. Smith professor, director of External Programs, founding director of RSAP and dean emeritus at the School of Architecture, Rice University, where, since 1973, he has taught design and design theory at both undergraduate and graduate levels.

He received a B.A. and B.Arch. from Rice University and a MFA in Design from the California Institute of the Arts. After apprenticing with Cesar Pelli and Craig Hodgetts, in Los Angeles, he founded, with his partners, Danny Samuels, FAIA and Robert H. Timme, FAIA, the internationally recognized design firm, Taft Architects, in 1973.

The firm’s work has been recognized internationally with multiple awards and publications. To date, the firm has received over 70 major awards, including 3 consecutive Honor Awards from the American Institute of Architects and a Progressive Architecture design award in 1980. The partners were selected, among others, to represent the United States at the First International Exhibition of Architecture at the Venice Biennale in 1980. Together, they were awarded the 1985-1986 Advanced Fellowship in Architecture, at the American Academy in Rome and in 1991, they were elected to the College of Fellows in the American Institute of Architects. In 1991 Taft Architects received the Educator Award and in 1999 the Firm of the Year Award from the Houston AIA. Additionally, Casbarian received the Educator Award in 2012 from the Texas Society of Architects.

Master of Fine Arts, California Institute of the Arts