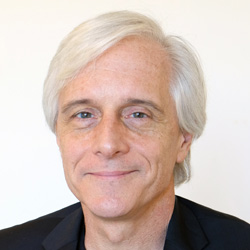 James Sidbury received his PhD from Johns Hopkins University in 1991 and taught at the University of Texas at Austin from 1991 until 2011. He is a historian of race and slavery in the English-speaking Atlantic world from the seventeenth to the nineteenth century with a special interest in the ways that non-elite peoples conceived of their histories and, through their histories, their collective identities. He teaches graduate and undergraduate courses on Atlantic History, Early North American History, and the history of race and slavery in the United States and the Caribbean.

He is currently at work on a synthetic book analyzing the era of the American Revolution as an era of race formation. The book will seek to explain how and why many African peoples, European peoples and Native peoples living in what became the United States each developed a sense of racial identity as, respectively, black, white and red people sometime between 1750 and 1815. It begins by exploring the senses of human difference that prevailed in Africa, America and Europe prior to 1492, and then traces the ways those understandings of self and other changed as a result of intercultural contact and conflict, especially during the seventeenth and eighteenth centuries. By bringing the processes of racial formation to the fore, this project seeks to offer an alternative angle on our understanding of the beginnings of the Unites States. In addition, he is working on smaller projects ranging from an examination of the relationships between black American settlers of the British colony of Sierra Leone and the indigenous peoples who were living in the region to broader synthetic discussions of ethnogenesis among Africans, Americans and Europeans in the Atlantic world, and he is co-editing an anthology of essays with Jorge Cañizares-Esguerra (University of Texas at Austin) and Matt Childs (University of South Carolina at Columbia) on the urban black Atlantic during the era of the slave trade.