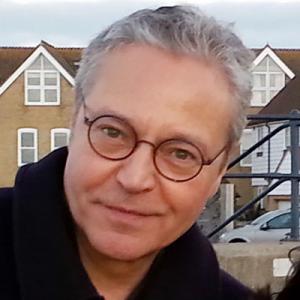 I am currently beginning work on a project that will focus on scenario construction. The themes central to the project include the problematization of the statistical representation of the future, the logical and rhetorical dimensions of the narrative imagination of the future, and the contemporary modalities of the engagement with risk and uncertainty.

"Foucault's Ontology and Epistemology of Ethics," in A Foucault Companion, edited by Timothy O'Leary (Wiley, 2012).

"Foucault's Genealogy of Ethics," in A Companion to Moral Anthropology, edited by Didier Fassin (Wiley, 2012).

An Anthropology of Ethics (Cambridge, 2011) (with George Marcus), ed.,

Fieldwork Is Not What It Used to Be: Learning Anthropology's Method in a Time of Transition (Cornell, 2009)

(collaborative dialogue with Paul Rabinow, George Marcus and Tobias Rees) Designs for an Anthropology of the Contemporary (Duke 2008)

"Heterotopia: An Ecology," in Heterotopia and the City: Public Space in a Postcivil Society, edited by Michiel Dehaene and Lieven De Cauter (Routledge 2008). (with George Marcus) "Constructionism in Anthropology," in Handbook of Constructionist Research, edited by James Holstein and Jay Gubrium (Guilford 2008). ed., The Ethics of Kinship: Ethnographic Inquiries (Westview, 2001)