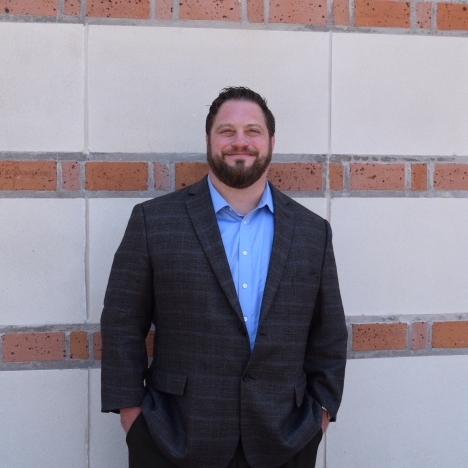 Director of Principles of Economics Program and Senior Lecturer

Dr. James DeNicco, Ph.D. is the Director of the Principles of Economics program at Rice University. He earned his Ph.D. in Economics from Drexel University in 2013, where his primary concentration was in Macroeconomics and secondary in Industrial Organization.

Dr. DeNicco has a real passion for teaching Economics, going back to his first time in the classroom in 2010 during graduate school. He was awarded as the “Outstanding Ph.D. Instructor” for the Lebow College of Business at Drexel University.

Dr. DeNicco currently teaches Principles of Economics to 700 Rice students annually. His classroom is dynamic, engaging and fun, which is reflective of the time and energy put into every presentation, slide and assignment. This effort has continued to earn him recognition for teaching excellence. In his first year at Rice University, he was awarded the “Malcolm Gillis Award for Distinction in Undergraduate Teaching” in Economics. In 2018 he won both the “Sarah A. Burnett Teaching Prize in the Social Sciences” and the “Nicholas Salgo Distinguished Teaching Award” voted on by current Juniors and Seniors. Multiple times he was named a “Favorite Professor” at Scholar Athlete Event. He is also a Faculty Associate at Baker College, which is one of Rice University’s eleven social colleges, where he was named the 2016 “Outstanding Faculty Associate” and given the 2017 “Garside Award for Service.”

Dr. DeNicco’s primary research interests are in Macroeconomics and applied Macroeconomics, especially the relationship between GDP growth and labor dynamics. His recent publications include “Employment-At-Will Exceptions and Jobless Recovery ” in the Journal of Macroeconomics and “Jobless Recovery: A Time Series Look at the United States” in the Atlantic Economic Journal. Dr. DeNicco also does research as an Associate at the Center for Labor Markets and Policy, including a recent publication in the Research and Higher Education Journal titled “Factors of one-year college retention in a public state college system.”