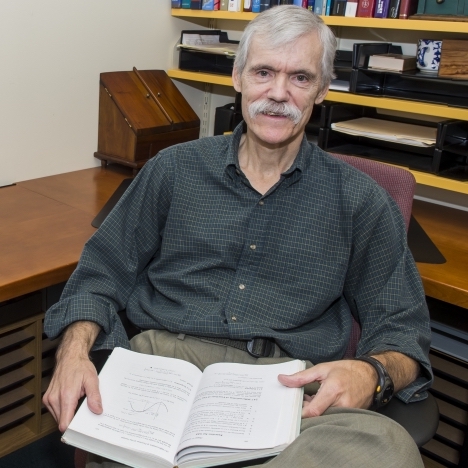 James Brown is a Professor of Economics and a faculty associate of Jones College. He received his PhD from the University of Chicago and has previously held academic positions at Princeton University and SUNY Stony Brook, as well as a visiting position with the President's Council of Economic Advisers. His area of expertise is labor economics. His work has been published in Econometrica, the American Economic Review, the Journal of Political Economy, and the Journal of Labor Economics, among other journals. He received the H. Gregg Lewis Prize for his paper “Interpreting Panel Data on Job Tenure” (joint with A. Light). He has served as a reviewer for most major economics journals. His most recent research interests include peer effects in ethnic self-identification and gender asymmetries in interracial marriage. His ongoing research interests include measurement error in spline estimating equations, multiparty bargaining in the printing industry, and substance abuse among adolescents.

Professor Brown served as the Economics Department's director of undergraduate studies for the period 2000-2012 and served on the School of Social Sciences faculty advisory committee for the 2013-14 and 2014-15 academic years. He currently serves on the Economics Department Undergraduate Committee and the University Committee on Fellowships and Awards. He is also a faculty fellow at Rice’s Center for Teaching Excellence. He received Rice University's George R. Brown Award for Superior Teaching in 2004, 2006, 2007, and 2013; the George R. Brown Award for Excellence in Teaching in 2009 and 2017; the Sarah A. Burnett Teaching Prize in the Social Sciences for 2010-2011; and the George R. Brown Certificate of Highest Merit in 2018. He was also chosen as a 2018 Piper Professor by the Minnie Stevens Piper Foundation.

Measurement error in spline estimating equations, multiparty bargaining strikes and wages in the printing industry, and substance abuse among adolescents.