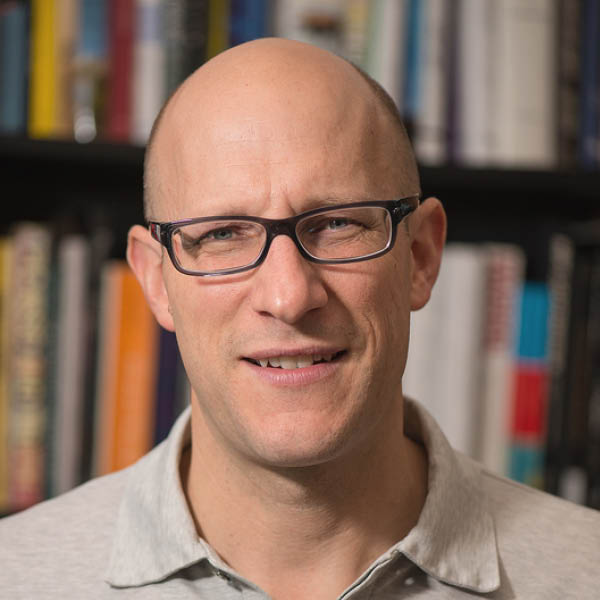 Graham Bader's research and teaching focuses on postwar European and American art and the avant-gardes of early twentieth-century Europe, particularly Germany. His book Poisoned Abstraction: Kurt Schwitters between Revolution and Exile, published by Yale University Press in fall 2021, rethinks the work of one of Dada’s most idiosyncratic figures. Combining close study of specific works by Schwitters with detailed examination of the historical field in which they were made, Bader’s study attempts to reframe our understanding of both Schwitters’s individual practice and the complex entwinement of art, politics, and history in the modern period.

In addition to his Schwitters volume, Bader is the author of Hall of Mirrors: Roy Lichtenstein and the Face of Painting in the 1960s (October Books, 2010) and the editor of October Files: Roy Lichtenstein. He has also published essays on artists and topics across twentieth-century art; these include pieces on Andy Warhol, Robert Rauschenberg, Gerhard Richter, Jeff Koons, Thomas Struth, and Kazimir Malevich, and on such topics as Neue Sachlichkeit painting in 1920s Germany, the legacy of iconoclasm in twentieth-century art, and rhetorics of absence in contemporary memorialization.

Uniting Professor Bader's work on these topics is a desire to better understand the complex interrelations between works of art and the social and political fields in which they take shape: to ask why aesthetic objects come to look how they do when they do, and what this process can tell us about art and history alike. Seeing works of art as a kind of "materialized theory" rooted in specific historical conditions, Professor Bader seeks to ground his work equally in formal analysis, historical research and theoretical inquiry, understanding these three to be inseparable from one another.

Hall of Mirrors: Roy Lichtenstein and the Face of Painting in the 1960s, Cambridge, MA: MIT Press (October Books), 2010.

"Images Between Dream and Disaster: Passages in Twentieth-Century Photomontage," in Utopia/Dystopia: Construction and Destruction in Photography and Collage. Exh. Cat. (Houston: Museum of Fine Arts, 2012), pp. 70-82.