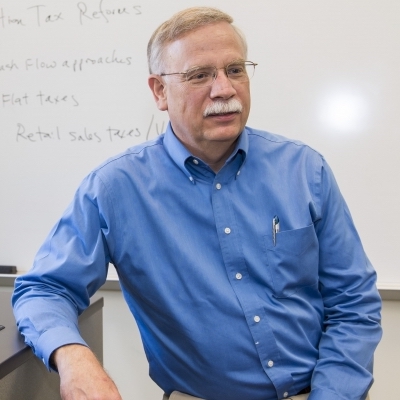 George R. Zodrow holds the Allyn R. and Gladys M. Cline Chair of Economics at Rice University. He also holds the positions of Rice Scholar at the Center for Public Finance at the Baker Institute for Public Policy at Rice University, and International Research Fellow at the Centre for Business Taxation at Oxford University. His research interests are tax reform in the U.S. and developing countries, state and local public finance, and computable general equilibrium modeling of the effects of tax reforms. He served as editor of the National Tax Journal from 2007-2016, and as Policy Watch editor of International Tax and Public Finance from 2002-2006. In 2009, Zodrow received the Steven D. Gold Award from the National Tax Association, in conjunction with the National Conference of State Legislatures and the Association for Public Policy Analysis and Management, to recognize his significant contributions to state and local fiscal policy and capacity to cross the boundaries between academic research and public policy making.

Tax Reform in the U.S. and Developing Countries; State and Local Public Finance; Computable General Equilibrium Modeling of the Effects of Tax Reforms