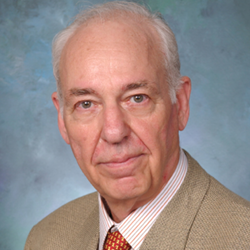 Professor Frank Tittel joined the Rice University faculty as an associate professor in the Electrical and Computer Engineering (ECE) Department in 1967, with prior experience as a research physicist at the GE R&D Center, Schenectady, NY from 1959 to 1965 and an associate professor at the American University in Cairo, Egypt from 1965-1967. He was promoted to the rank of Professor in 1973 and appointed to the J.S Abercrombie Professorship in 1989. Prof Tittel served as chair of the ECE Department from 1992-1995 and as the chair of the Rice Quantum Institute (from 1996-2000), which in 2015 became the Smalley-Curl Institute, helmed by ECE Professor Naomi Halas.

Prof. Tittel has been involved in many innovative developments in quantum electronics and laser technology since the discovery of the laser in 1960, with applications ranging from laser spectroscopy to environmental monitoring. Research activities by Professor Tittel, together with Professor Robert Curl of the Chemistry Department, led to the development of several state-of-the-art laser-based trace gas sensor systems. The most recent sensor designs utilize commercially available quantum cascade and interband cascade lasers in the 3 to 11 µm spectral range to achieve compact, robust instrumentation that can be deployed for field applications, such as at NASA's Johnson Space Center related to air and water quality issues relevant to the International Space Station, by the Environmental Protection Agency for urban formaldehyde monitoring, and by the National Institute of Health for non-invasive NO and CO detection in biomedical systems. Long-term, sensitive, selective, and real-time trace gas monitoring and quantification has been realized for trace gas concentrations ranging from the part per million to the part per trillion levels in ambient air using laser absorption spectroscopy with fiber amplified diode laser and quantum cascade laser based gas sensors.

Professor Tittel is a Fellow of the Institute of Electrical and Electronic Engineers (IEEE), the Optical Society of America (OSA), the American Physical Society (APS) and SPIE (International Society for Optical Engineering). He received an honorary Dr.Sci. degree in June 1993 from JATE University in Szeged, Hungary. From 1992-1997 he was an Associate Editor for IEEE Journal of Quantum Electronics and from 1996 to 2014 he was an Associate Editor of Applied Physics B. More recently Dr. Tittel is a reviewer for IEEE, OSA, APS and SPIE publications as well as well as Committee Member of several international conferences, such as Mid-infrared Optoelectronics: Materials and Devices (MIOMD) and Tunable Laser Spectroscopy (TDLAS) from 2003-2013.