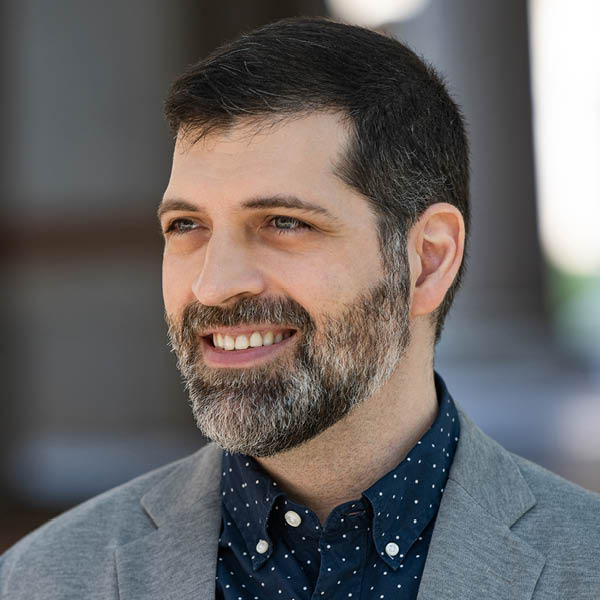 Eric Huntington specializes in the visual culture, ritual, and philosophy of Buddhism. Employing interdisciplinary methods alongside comparative and historicizing frameworks, he seeks new ways for scholars to understand the fundamental ideas, practices, and material products of widely varying traditions.

Eric’s award-winning first book, Creating the Universe (University of Washington Press, 2018), examines portrayals of the cosmos in texts, rituals, artwork, and architecture to reveal cosmological thinking as a foundation for many aspects of religious life. Presenting materials from over 2,000 years of history across India, Nepal, Tibet, Bhutan, and Mongolia, the work introduces a new theory of cosmology in religion and new methods for balancing diverse sources. Eric has also published on ritual performance in Shantideva’s Guide to Bodhisattva Practice (Bodhicaryāvatāra), the roles of illustration in Newar manuscripts, and approaches to color as a cultural construct. His co-edited volume, Overlapping Cosmologies in Asia: Transcultural and Interdisciplinary Approaches (Brill, 2022), contributes to the global history of science by revealing premodern cosmologies to have been complex bodies of  knowledge and practice that coexisted and commingled in extraordinarily diverse ways. Eric’s current projects include a monograph on philosophies of representation in Buddhism.

Eric teaches in many subjects, including religion, philosophy, visual and material culture, history of science, embodiment and gender, media and narrative, and geography and space. Building on his training in diverse fields including Asian studies, religious studies, the fine arts, and philosophy, he brings interdisciplinary approaches to the classroom and highlights connections and comparisons across various traditions throughout history.

Creating the Universe: Depictions of the Cosmos in Himalayan Buddhism
Eric Huntington