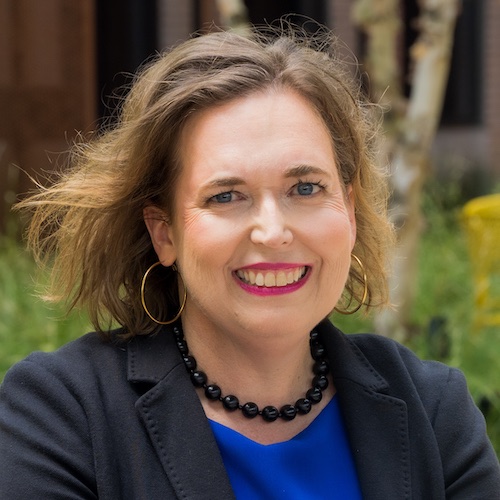 Elaine Howard Ecklund is the Herbert S. Autrey Chair in Social Sciences, Professor of Sociology, and director of the Boniuk Institute for Religious Tolerance at Rice University. As a sociologist of religion, science, and work, she is particularly interested in social change and how institutions change, especially when individuals leverage aspects of their religious, race, and gender identities to change institutions. Over the past several years Elaine’s research has explored how scientists in different nations understand religion, ethics, and gender; religion at work; and the overlap between racial and religious discrimination in workplaces. Most recently Elaine is co-directing a $2.9 million grant in order to create a new subfield of sociological research examining how identities and beliefs around race and gender are related to attitudes about science and religion. This regranting initiative is funded by the Templeton Religion Trust and coordinated by The Issachar Fund. In addition to distributing funds for others to conduct research, Elaine will lead a project on race, gender, and the science and religion of the human body.

Elaine is the author of seven books, over 100 research articles, and numerous op-eds. She has received grants and awards from multiple organizations including the National Science Foundation, Russell Sage Foundation, John Templeton Foundation, Templeton World Charity Foundation, and Templeton Religion Trust. Her latest book is Varieties of Atheism in Science with David R. Johnson (OUP, 2021) and she is also author with Anne E. Lincoln of Failing Families, Failing Science: Work-Family Conflict in Academic Science (NYU, 2016).

She received a Ph.D. in 2004 from Cornell University, where she was the recipient of the Class of 2004 Graduate Student Baccalaureate Award for Academic Excellence and Community Service. Today, she teaches classes at the graduate and undergraduate levels on research methods, immigration, sociology of science, sociological theory, and the sociology of religion. In 2013 she received the Charles Duncan Award for Outstanding Academic Achievement. In 2018 she gave the Gifford Lecture at The University of Edinburgh in Scotland. Elaine is interested in university leadership and in new approaches to mentoring. She is privileged to have worked with multiple postdoctoral fellows, graduate students, and undergraduate students in research, and she is interested in supporting institutional growth, both at Rice University and of academic organizations more broadly. To that end she has served seven years as Director of Graduate Studies in the Department of Sociology at Rice, founded the Religion and Public Life Program at Rice in 2010 and served as director for 12 years, was president of the Society for the Scientific Study of Religion (SSSR), is incoming president of the Religious Research Association (RRA), and has served on various university evaluation and research committees.

Ecklund, Elaine Howard. 2020. Why Science and Faith Need Each Other: Eight Shared Values That Move Us beyond Fear. Brazos Press.

Ecklund, Elaine Howard. 2021. “Science and Religion in (Global) Public Life: A Sociological Perspective,” Journal of the American Academy of Religion 89(2):672-700.