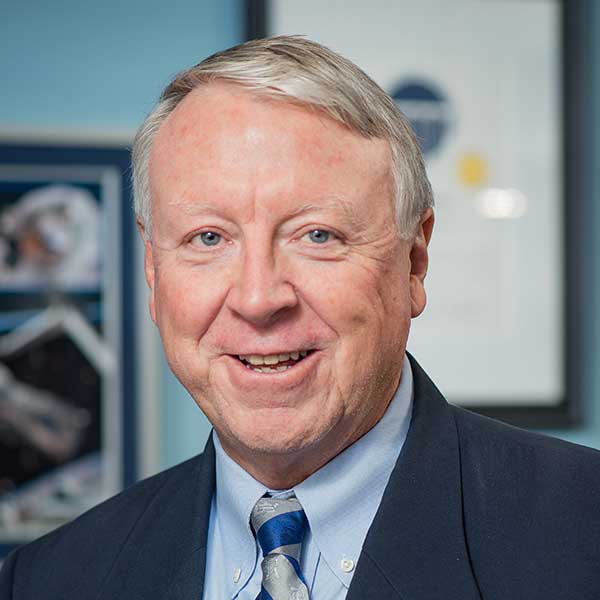 Edwin L. “Ned” Thomas served as William and Stephanie Sick Dean of the George R. Brown School of Engineering at Rice from 2011 to 2017. He holds joint appointments in the Departments of Materials Science and NanoEngineering and Chemical and Biomolecular Engineering and collaborates with scientists and engineers in the Richard E. Smalley Institute for Nanoscale Science and Technology at Rice.

Thomas is a materials scientist and mechanical engineer and is passionate about promoting engineering leadership and student design competitions. His research is currently focused on using 2D and 3D lithography, direct-write and self-assembly techniques for creating metamaterials with unprecedented mechanical and thermal properties.

Thomas is the former head of the Department of Materials Science and Engineering at the Massachusetts Institute of Technology, a position he held from 2006 until his appointment at Rice in July 2011. He was named Morris Cohen Professor of Materials Science and Engineering in 1989 and is the founder and former director of the MIT Institute for Soldier Nanotechnology (2002-2006).

Before joining MIT in 1988, Thomas founded and served as co-director of the Institute for Interface Science and was head of the Department of Polymer Science and Engineering at the University of Massachusetts. He is a recipient of the 1991 High Polymer Physics Prize of the American Physical Society and the 1985 American Chemical Society Creative Polymer Chemist award. He was elected to the National Academy of Engineering and the American Academy of Arts and Sciences in 2009, Inaugural Fellow of the Materials Society in 2008, Fellow of the American Association for the Advancement of Science in 2003 and Fellow of the American Physical Society in 1986. He wrote the undergraduate textbook, The Structure of Materials, and has coauthored more than 450 papers and holds 20 patents.