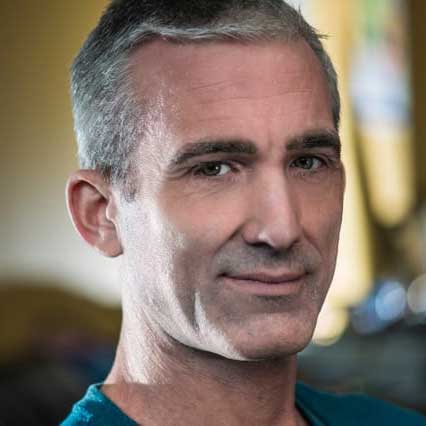 Edward Knightly is the Sheafor-Lindsay Professor and Department Chair of Electrical and Computer Engineering at Rice University in Houston, Texas. He received his Ph.D. and M.S. from the University of California at Berkeley and his B.S. from Auburn University. He is an ACM Fellow, an IEEE Fellow, and a Sloan Fellow. He received the Dynamic Spectrum Alliance Award for Research on New Opportunities for Dynamic Spectrum Access and the National Science Foundation CAREER Award. He received best paper awards from ACM MobiCom, ACM MobiHoc, IEEE Communications and Network Security (CNS), IEEE SECON (twice), and the IEEE Workshop on Cognitive Radio Architectures for Broadband. He served as general chair or technical chair for ACM MobiHoc, ACM MobiSys, IEEE INFOCOM, and IEEE SECON. He serves as an editor-at-large for IEEE/ACM Transactions on Networking and serves on the IMDEA Networks Scientific Council.

Professor Knightly’s research interests are design and in-the-field demonstration of new mobile and wireless networks and systems, including mission-driven autonomous drone networks, wireless security, and networked spectrum access in UHF, 60 GHz, THz, and visible light. He leads the Rice Networks Group. The group’s projects include deployment, operation, and management of a large-scale urban wireless network in a Houston under-resourced community. This network, Technology For All (TFA) Wireless, has served over 4,000 users in several square kilometers and employs custom-built programmable and observable access points. See a video from the 2016 White House announcement of the Advanced Wireless Research Initiative. The network was the first to provide residential access in frequencies spanning from unused UHF TV bands to legacy Wi-Fi bands (500 MHz to 5 GHz). His group developed the first multi-user beam-forming WLAN system that demonstrates a key performance feature now provided by Wi-Fi since the 802.11ac ammendment.