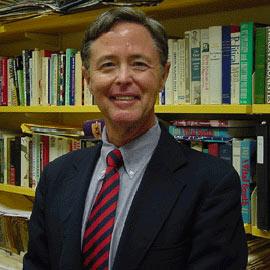 Major areas of research and teaching are southern politics and American politics.